Heather over at Needles and Pens tagged me today. I think I will do this instead of my usual Friday Five. This one is kind of fun and random. Here are the rules:
Go to your fourth photo album, to the fourth photo, and write about it.
Fun! I love photography, I love stories, and I love the randomness of this tag. It is making me write about something I never would have thought of today!

My fourth photo album is called Animals. I have very few pictures in it. But the fourth photo is easily the all-time best of that folder. Here it is: 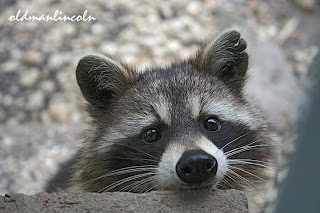 Back in 2006-07 I discovered several Daily Photo blogs. People all over the world chose to post a photo each day of the city in which they lived. It was begun by a guy named Eric who lives in Paris. What fun! I decided to join in. For one year I photographed St. Paul, Minnesota and each day posted a new photo. The daily photo bloggers around the world joined together in rings so we could see each others' photos. On the first of the month we had a theme to follow. These themes were voted on by us.. and were fun and challenging, sometimes odd categories.

Some of the daily photo bloggers met in person! Sometimes they would travel to other countries and announce that they would like to meet people in the cities where they were going. Sometimes, like happened in the Twin Cities, the locals got together for a couple of gatherings. I met several other Twin Cities photographers, and at least one of them is still an inspiration to me.

That whole year I learned a LOT about photography. I had a few favorites around the world that I always visited daily. Abraham Lincoln was one of those. He lives in Ohio and takes fabulous pictures of wildlife in his back yard. You should see his bird photos! I saved this raccoon picture of his, for another reason which I won't go into here - it's just another random story. But if I had to share a photo with you from my fourth album, Animals, I'm glad it's one of Mr. Lincoln's. He is an inspiration to many photographers around the world.

After I participated in that year, I put together a book of my daily photos. When I realized how expensive the book was going to be, I asked hubby to give it to me for Christmas. He did, and I love the book. It is a real treasure to remember that fun year of taking pictures. (And yes, there are a couple of quilt pictures in it, of course!) Oh - and some of the daily photo bloggers have kept it up for several years. I only did it for one year - 365 posts of photographs! If you ever see me in person, ask to see my book! I'd be glad to show it to you.

I'm going to tag only one other person: Beth from Walk a Mile.
Posted by Carol E. at 4:05 PM

Hey thats me! Off to look at my photos!

What a cool idea of 365 days of photos! Something to think about! I would to do something like that in black and white!

That sounds like a great project! I love the raccoon, he looks so winsome.

What a great story, Carol! Thanks so much for playing along. That photo is just precious. What a talent!

If I ever do meet you in person, I would love to see that book!