I finished a book! Finally! I read The Lost City of Z: A Tale of Deadly Obsession in the Amazon by David Grann. Despite the fact that it took me forever to read this one, I liked it and thought it was quite good.

It's the true story of Percy Fawcett who was an explorer in the Amazon jungle in the early to mid 1900s. He was quite successful and famous in his time. He insisted that he would find a "lost city" in the Amazon. He called the city Z. He went on several expeditions into the Amazon. I found that part hard to read, because there were so many deadly snakes, bugs, diseases, dangers, and illnesses that they suffered. Fawcett, however, seemed to have a magic power to survive what others found intolerable.

Many other explorers were fascinated by the idea of a Lost City and also went on fruitless searches, often giving up, going mad, or dying before realizing their dream.

Flash to the present day, and the author, a reporter, has caught the bug to follow Fawcett's trail. The book then jumps between the two stories: Fawcett in the 1920s and the author in the 2000s. He, too, is attempting to find the City of Z, as well as collecting information about Fawcett and his story.

The entire book is about an obsession that would never take hold of me, and adventures that I would never undertake. Reading about them, however, was quite interesting and even spell-binding at times. I am now headed over to Google Earth to take a look, from above, at the area they explored. 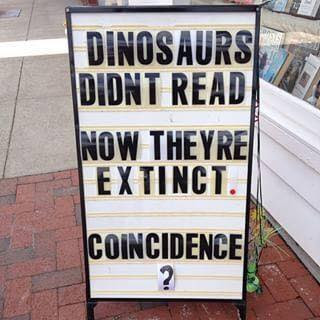 Wouldn't this world be a sad place without babies?? I just love them! Today I got to visit with my Little Guy who lived at my house for a brief time. I still get to see him and even babysit him sometimes, which I love. He is almost ten months old, and doing very well. He is still a little behind, due to being a preemie, but I don't think it's a worry. I'm not worried, anyway. He can sit up now, and gets up on all fours and rocks. He'll be crawling soon. He loves to stand up when holding onto hands. 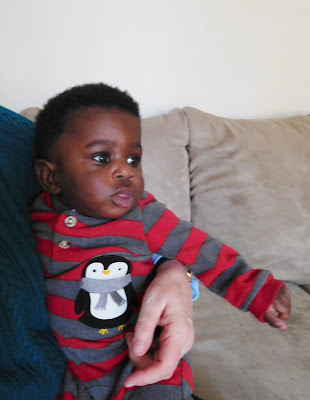 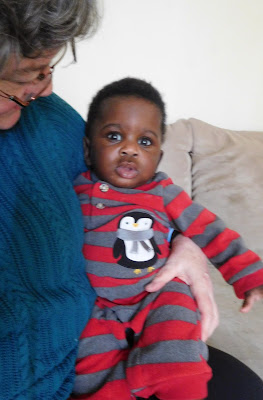 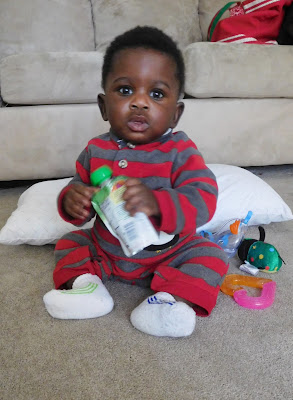 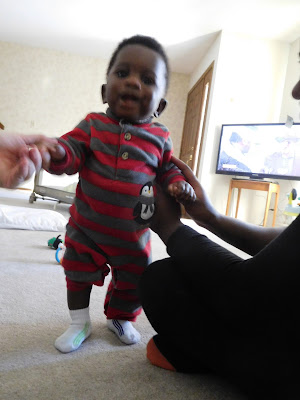 I wobbled, and the picture is a little dark, but you can see he is happy to be standing up.

It has been a good year for babies. Yesterday I posted a picture of our newest great-nephew. Here is a recent one of our great-niece. Like I said, aren't babies great?? 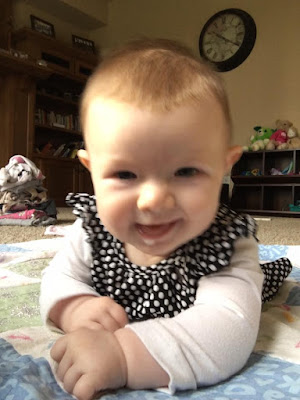 Hello, world. I am still here! I have been feeling a bit depressed, so it's hard to motivate myself to write anything. Depression is just something that I deal with; it comes and goes. This fall/early winter it has been worse than usual due to Mom's death, Mother-in-Law not doing so well after a stroke, and other stuff (OK, the election and Drumpf acting like an idiot), but I know I'll get better and will be fine.

I do have some completed quilts to show you: 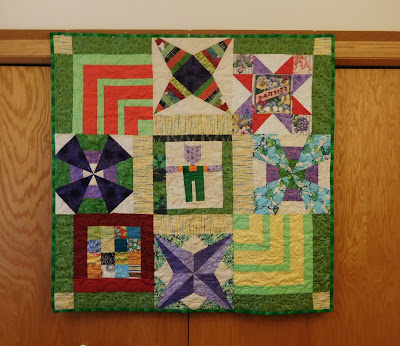 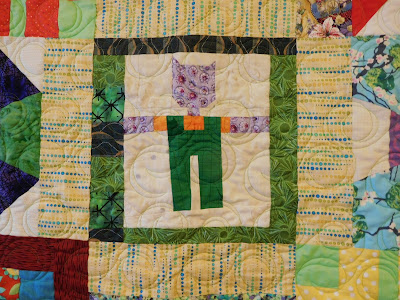 Most of these blocks are Lotto blocks that I won at Sunshine. The cat in the middle I made from looking at a paper-pieced pattern that a friend sent. I didn't want to paper-piece, so I free-pieced it and was pretty happy with how it turned out. 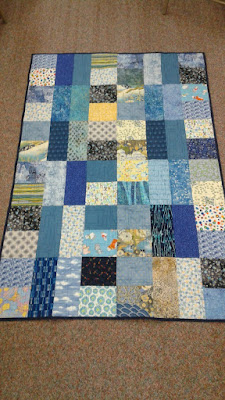 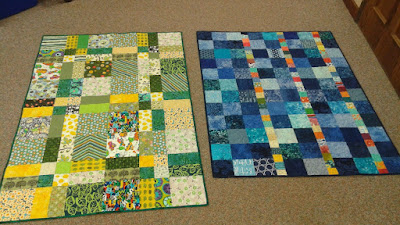 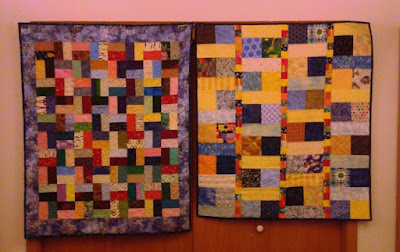 Soon I'll have to settle on destinations for all these quilts. I love when I have a pile so I have some options.

Here's a quilt I made and donated to the church; it was given away to this baby who was baptized today. It is fun for me to see that happen. 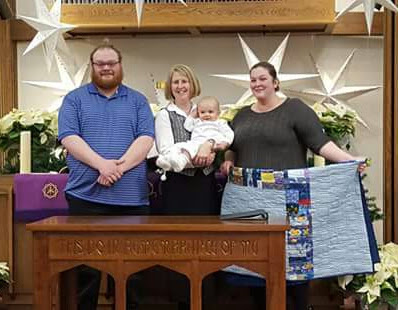 Here is a picture of the whole quilt: 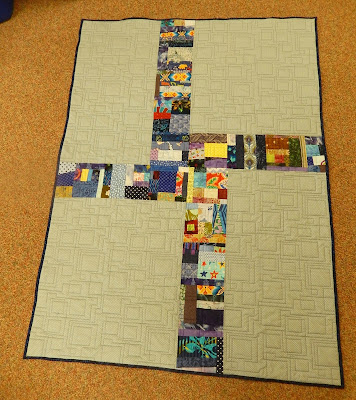 And here is something way cuter than any quilt. Our nephew and his wife had a baby boy on November 30. Our nephew is a doctor, so I imagine he'll be using that stethoscope every once in a while, just to check. Sweet. 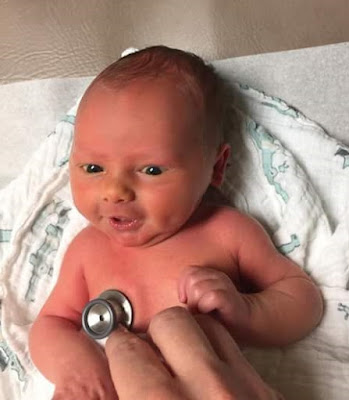 Look at that cute little dimple. I have not met this little sweetheart in person yet. I hope to soon.