Why I Don't Drink

I started listening to a new (to me) podcast: Inappropriate Questions. It is produced by CBC (Canada). So far I am enjoying it. Some of the questions they have discussed include "Have you had the surgery yet?" (transgender issues), "Are you able to have sex?" (disability issues), and the most recent that I listened to, "Why don't you drink?".

This question about drinking is a little less obviously inappropriate. It depends a lot on context, who asks and how they ask, and the non-drinker him or herself and what they feel comfortable with. Several people were interviewed and had a few different takes on how it can feel to be asked that question. It prompted me to think about myself, and how I feel about that question.

I say I don't drink, but technically, if even a drop counts, I do drink very rarely and infrequently. For example, I will sometimes have a Mike's Hard Lemonade (have had two or three in my life, I believe), or an occasional Mimosa (again, maybe 2 or 3 times in my life). And when I happen to imbibe, it is usually because I am getting it free.

I grew up in a Methodist household. My dad was a Methodist minister, and Methodism was and is strong in my family heritage. Methodism, in its history, took a strong stance against drinking alcohol. Officially it is still in favor of abstinence, although it is less strict now and encourages people who choose to drink to do so responsibly. My childhood household was wholly in favor of abstinence, and that is how I grew up. The act of drinking was seen in judgmental light. So, that was the attitude around which I grew up.

The first time I ever tried any alcohol was (guess when) during college. I had a drink once at an event; I think I was 19. Then I didn't drink anything again until my 21st birthday. I went to a bar and got the bar tender to give me a free drink.

After that I continued to drink very rarely. A couple of times as an adult (in my 30s), on two different occasions, I drank maybe two drinks, enough to get light-headed and silly. But I never liked that feeling and later was embarrassed at my silly behavior.

The final straw took place when I traveled with my husband. We were at an event. They had a table at which people were encouraged to sign a sober pledge - pledging not to drink at all from that point on, for the rest of one's life. As a person who drank so rarely I could almost call it never, I glibly signed the pledge, and went merrily on about my business. That evening we attended a dinner which was paid for by the company with which my husband was affiliated. Since it was free, I decided to order a drink. I took a couple of sips, and then suddenly remembered the pledge I had signed earlier that day. How glibly I had signed it, when others who struggle were being encouraged to sign the pledge, and maybe had to do some real soul searching before they could take that big step. I felt guilty that I had made a pledge and then had immediately broken it. For people who really had the problem, signing the pledge that day would have and should have held some great importance in their lives.. a turning point, one hopes.

After that I promised myself that I would never drink again, and in so doing I was honoring the pledge I had signed and attempting to be in solidarity with those who signed it with a lot more difficulty than I had. I did abstain from any alcohol for a long time after that.. many years. But in the last five years or so is when I have occasionally had a Mike's Hard Lemonade or a Mimosa. And to be honest, even those drinks were probably taken due to peer pressure (even at my age).

I'm still a Methodist (now called United Methodist), and I am proud of the Methodist tradition of encouraging abstinence. We still will never have a Methodist event at which alcohol will be served. We take that stance seriously, though as I stated above, it is more open to individual decisions these days. I admit I like the fact that I don't ever have to question whether I'll be in the presence of alcohol consumption at a Methodist event. I am not comfortable in drinking situations, and would hate to have to juggle my way through a church event with drinking being part of it. I'm happier without it being an issue at church.

As for being asked, "why don't you drink?" , I do feel a little uncomfortable with that question. The reason is because of the judgmental attitude in which I grew up. Drinking was just seen as wrong and bad. I enjoy a 99% alcohol-free life. I'm happy that I don't drink (for the most part). But when being completely honest with myself, I have to admit that I still do feel some of those judgmental feelings that I was taught. I try hard to separate the drinking from the person, so that I'm not being judgmental about the person but only about the habit. But it is hard. When trying to explain why I don't drink, I find myself sounding judgey, and I don't like that. I don't want to be that. So in my case, it is an uncomfortable question, though I wouldn't go so far as calling it inappropriate.

There. Just thought I'd share. It was on my mind, so I wrote.

Happy middle of summer! Hope you are enjoying some beautiful days. Read any good books lately? 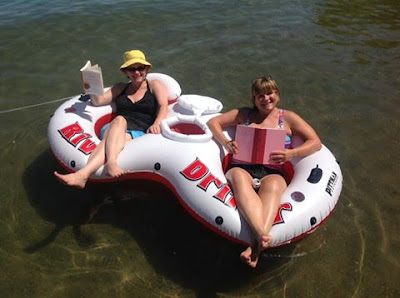 Levar Burton has a cool podcast called "Levar Burton Reads." Remember back when he did Reading Rainbow? Well, he truly loves books and loves to read. So now he does this podcast. Recently I listened to his reading of Recitatif by Toni Morrison. First he waxed eloquent about his admiration for Morrison. (He's right; she's a great writer.) Then he read the story. It is about two girls who were close friends in childhood. One girl is white, one is black. After their lives take them on separate paths, they bump into each other on a couple different occasions as the years go by. They are growing up and into adulthood as the 1960s Civil Rights movement is going full swing in the USA.

Of course the story is interesting; but one aspect is VERY interesting. Morrison purposely doesn't tell us which character in the story is white and which character is black. At the end, Burton talks a bit about the story and questions us, the listeners: do you feel that you know which is which? Why did you come to those conclusions? What pre-conceived notions led us to decide in our minds which girl is white and which girl is black?

This was mind blowing. I thought about that for a long time. To me, I barely gave it any thought while listening. It was "obvious" to me which was white and which was black. But I didn't realize until Burton challenged me -- why was that "obvious?" I'm continuing to ponder that question. What does it say about me, or about the story, or about American culture, or about Morrison's talents, or even about Burton's reading? Very thought-provoking. 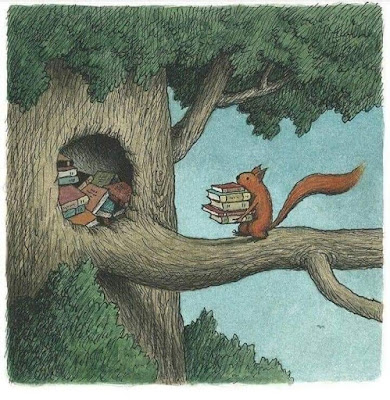