A Tourist in Philly

This is my little story about being a tourist in Philadelphia. When I had breaks from workshops, I toured around Philly with Charles. He had more time and got to see more (he was strictly on vacation while I attended the conference). Here's what I saw: 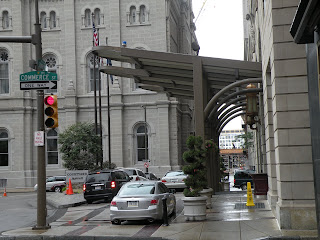 this is our hotel - the bldg with the overhang thingies 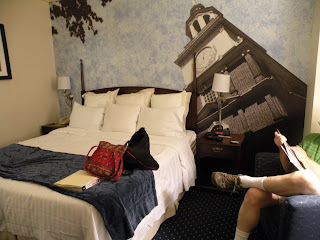 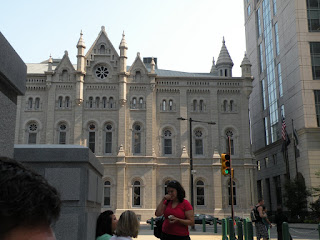 a beautiful building next to our hotel... and a corner
of Charles' head. Most mornings we bought donuts at
Dunkin' Donuts (they are everywhere in downtown
Philadelphia!)and sat on this bench, watching people
and traffic while we ate our breakfast. 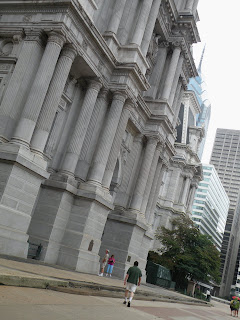 City Hall was sort of across the street from our hotel.
It is a huge and gorgeous building. It takes up
an entire, big city block.
That's Charles in the green shirt.... here comes
a slew of City Hall pictures. 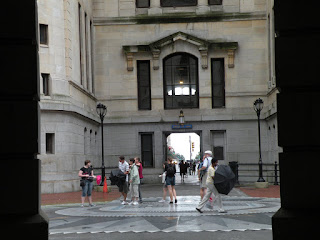 City Hall has these four archways that lead into
a beautiful center court, and everywhere
you look is more gorgeous architecture. 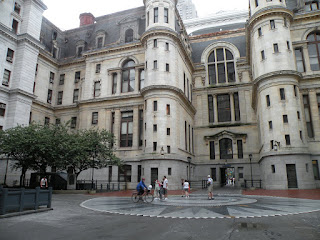 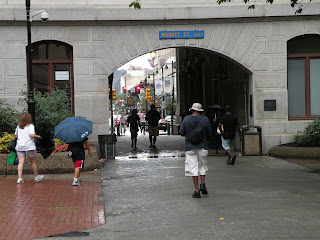 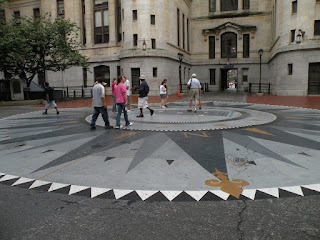 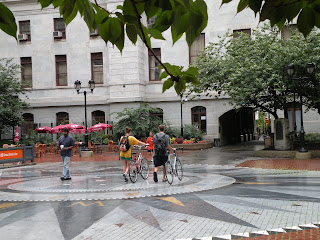 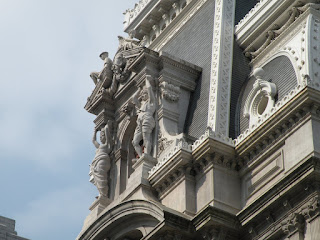 City Hall has a zillion intricate details all over its facade 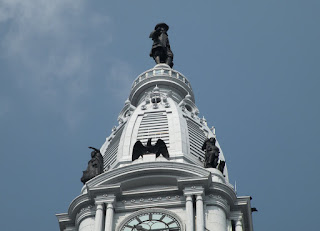 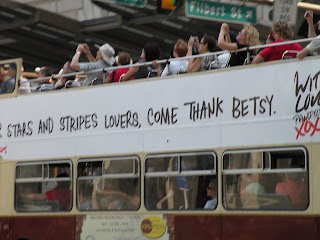 tourists on a bus, trying to snap quick pictures of City Hall 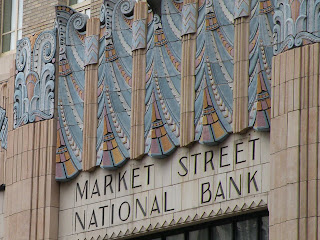 This building is no longer a bank... in fact, I believe
our Dunkin' Donuts shop was on the ground floor
level of this building, and the upper floors
are another hotel. I loved the
intricate art work on the front. 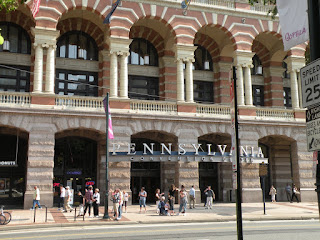 Pennsylvania Convention Center. Some of my
workshops were held here. It connects by skyway to
the hotel where the conference was held.
Also in one corner of this building is
Hard Rock Cafe Philadelphia. Guess what.
Charles and I ate there one night and discovered that
we are now officially Old People. It was too loud!
Too "hard rocky" for us! I guess we need
a restaurant called "Early-Beatles,
Beach Boys, and Bee Gees Cafe." 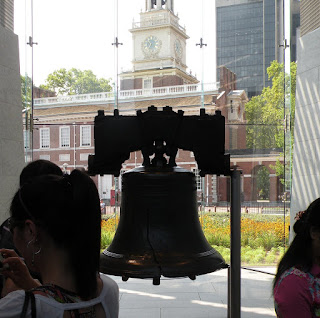 the Liberty Bell ... and in the background you can see
Independence Hall 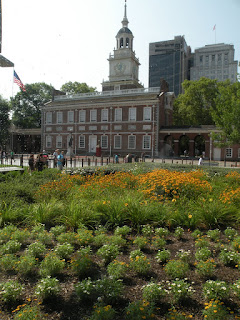 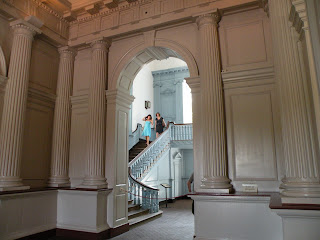 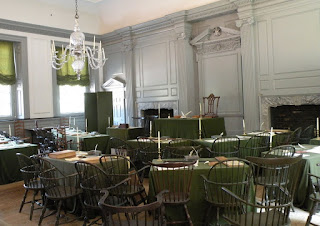 This is the actual room where all those famous guys did their historical work... argued about what to do concerning England... continue as colonies? Declare independence? Knowing this would lead to war, it was not an easy decision. There was a lot of dissent. It took a long time to decide, and it was only decided when it began to look inevitable (and after more arguing). Sound like today's Congress? Yep.

Here is where the Declaration of Independence was signed by all those representatives from the original 13 colonies: John Adams, Thomas Jefferson, John Hancock (the famous signature) etc etc etc. I was kind of shivery, knowing I was standing in the very room where all of that took place. If you are interested, you might want to click on the picture to make it large, so you can see the details of what is on the desks. It's recreations of what they were likely to have.. not originals that really belonged to the real guys.

By the way, here is also where they hammered out the Constitution, arguing about that, too. And where they made the decision that an African American man equals 3/5 of a person. So not everything that happened here was shivery in a good way... lots of history has some pretty bad stuff that went on... but we can be happy that we've come such a long way since then, and that they gave us a strong framework to stand on. 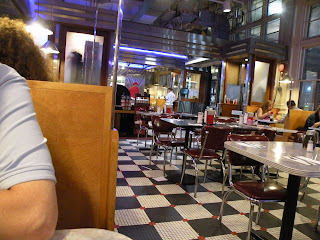 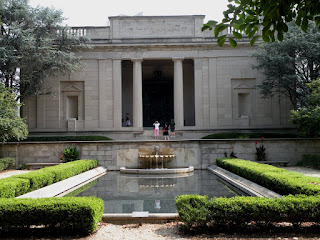 the Rodin Museum... I love sculpture, and I studied Rodin
as part of my college major in French, so I was excited to go
to this museum which contains the largest collection of
Rodin's sculpture outside of Paris.
Also on this day we went to the Please Touch
Museum, but I already posted
those pictures in an earlier message. 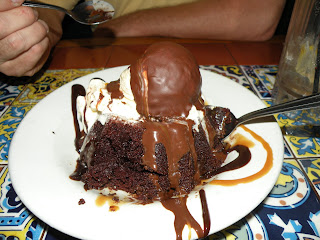 a yummy dessert we shared - what's a vacation
without a decadent dessert now and then??

Oooo, love all your pics! Makes even more sad I wasn't there...but glad you got to go! Maybe you'll force yourself to get to one more convention in Atlanta in 2011. I'll order some nice weather for you!!

Instead of a blt you should have had a Philly Cheesesteak?? did you?

looks like lots of great stone carving to be found around town :-)

Great photos! Thanks for sharing. I love the compass in the city hall square!

Great pictures! My favorite was the dessert (naturally).

Omigosh, Philadelphia looks gorgeous! It looks like an old European city. It is one city I have always wanted to visit. I would love to see the Liberty Bell.

And I would LOVE to have some of that dessert. YUM!

So Calif just doesn't have buildings like that--you could have told me they were from European country and I would have believed you, all that stone, you know. Thanks for sharing all the pics and portions of Charles, LOL. Also loved your Toy Drop story and the happy ending of seeing the little girl with it.