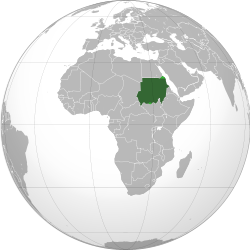 What is the What by Dave Eggers

This book, as told to author Dave Eggers, is the true story of a boy who grows up in Sudan and Kenya. Beginning in the late 1980s in Sudan, civil war forces families to flee their villages. They become separated through death and chaos, leaving many young boys orphaned or lost, wandering the wilderness alone.

The book’s main character is only 7 years old when he finds himself alone and wandering, hoping to find safety, not knowing if his family is alive or where they may be.

With flashbacks and time flips between the character’s former life in Sudan and current life 15 years later in Atlanta, Georgia, the reader is eager to see what happens next in each setting. This is a true story, but called a novel because of the early years’ story being slightly fictionalized due to his young/vague memories. The reader will learn about Sudan’s history, politics, complicated tribal factions, and the plight of the “Lost Boys” all told in a readable (although very sad), captivating fashion.

The book tells a complete story, including the long years of struggles in Sudan and the struggles and dangers a refugee can face when living in a new, unfamiliar culture of the adopted homeland. You will cheer at the main character’s successes and cry with him when the many obstacles in his life threaten his will to carry on. This is a heart-breaking, sometimes hopeless, ultimately hopeful, and fascinating book. Five of five stars.