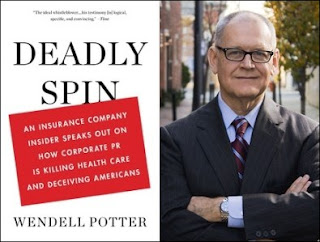 I have recently finsihed reading four books. The following are my reviews: three quick ones and one that warrants a longer discussion.

1) The Quickening by Michelle Hoover (Kindle edition)-- it is the story of two women who live on neighboring farms during the first half of the 1900s. Their friendship is constant over many years, yet always strained. Interesting interminglings between the two families as they experience the hardships of the times.

2) The Alchemist by Paulo Cohelo (paperback)-- a book group choice. Am I missing something? Apparently this book made a huge splash in its day (90's?). To me it feels like a book of platitudes with a story built around them. Not one of my faves. Will be interesting to see what the other book group members think.

3) Pictures of You by Caroline Leavitt (Kindle)-- a page turner that had me interested in the story line and in what would happen next. Two young families; the wives in each family decide to leave. The families' lives begin to intertwine with interesting relationships, fallout, and ramifications. Touches on how children grieve and other challenges of being a human being.

4) Deadly Spin by Wendell Potter (Kindle) -- This is the type of book I rarely read, but I heard Potter interviewed on the radio and decided I wanted to read his book. Wendell Potter was a PR member of a huge insurance company, Cigna. He became comfortable with his rise to power, his success, his six-figure salary and snazzy lifestyle. However, he gradually began to dislike the role he was playing in the larger world through his work which felt dishonest and dishonorable. Eventually he quit his job and began to help set the record straight. Part of his reason for writing this book is to help educate people about what is going on in corporate America and to help right some of the wrongs in which he participated while at Cigna.

The issues are really important, and I think we need to be aware of how business in America operates today. I could try to paraphrase, but I think it's best to quote Potter himself.

1) In the recent debates on health care reform, we saw PR used to leverage fear so effectively that it convinced a good number of people to take positions contrary to their own best interests.

2) ...insurers scour the medical records of policyholders who start filing expensive claims, looking for reasons to cancel their policies.

3) insurers...fought bitterly against reform that could jeopardize their profits. The reform bill will put a cap on the amount that an individual or family will have to pay in out-of-pocket expenses, but it will not be low enough to keep many people from having to file for bankruptcy and losing their home if they get seriously sick or injured.

4)Distract people from the real problem; generate fear; split communities with rhetoric, pitting one group against another; encourage people to doubt scientific conclusions; question whether there really is a problem; and say one thing in public while working secretly to do the opposite. This, regrettably, has become common practice in the corporate world.

Insurance companies used millions of our premium dollars to engage in all of the above. Look at #4... all of that was done successfully. Remember the fears of "death panels" and of "Socialism," "Communism," and "Hitler"?? Their PR worked. They riled up enough people so that they were, as in #1, working contrary to their own best interests.

So.. what do we do? We need to change the way we look at the news and at corporate America. We need to be a much smarter electorate. We need to analyze where news is coming from, who is funding the "studies" we rely on, and to ask a lot of questions rather than blindly accepting what is being fed to us.

This book was somewhat alarming, except that I already had a sense of what was going on. The book just made it more clear how entrenched our profit-driven systems are. We all need to educate ourselves much better before we elect our politicians. Most people, I believe, want the best for our country and its people. Educating ourselves will help us achieve the higher good.
Posted by Carol E. at 2:11 AM

AAah! How has no one commented on "The Alchemist!?!" I totally agree. I felt like the author first had a message he wanted to get out, and then built a metaphor around that, instead of letting the characters lives speak. Several friends thought I was "so jaded and pessimistic" but it did not do it for me either.

I will have to check out Deadly Spin.

And Room by Emma Donahue is AMAZING. A story of perseverence and survival, how the world impacts us... Such a unique point of view and clear voice. Not as depressing as it sounds.