a photo of my favorite band or artist 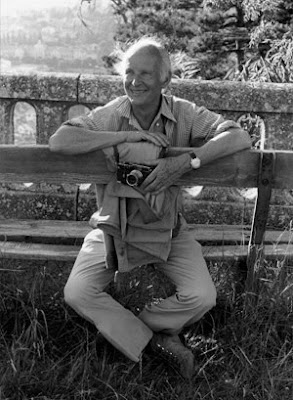 My absolute favorite photographer is Henri Cartier Bresson, 1908-1974. He was a French man who quietly went about, snapping photos of everyday scenes. People tended not to notice him, so he was able to catch them in very natural poses and expressions.

Every bit of every frame was important to him. His scenes were sometimes a tad off-kilter (from what people may expect) because he was looking at the whole picture, and wow, was he successful. His pictures really communicate. I just love his work.

He lived and photographed during some very turbulent times. He himself was arrested by the Nazis but escaped after a couple of years (wow). He photographed the liberation of a concentration camp, some famous people including Gandhi shortly before Gandhi's assassination, and the photos I really love... everyday people caught in unusual actions (the middle of a jump) or expressions (he was a master at catching great facial expressions.) 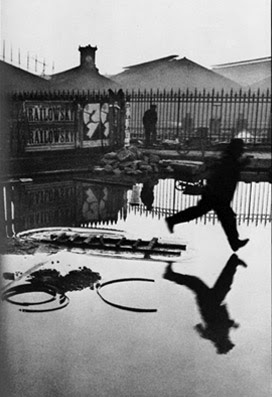