Friday Books: The Good and The Not so Good 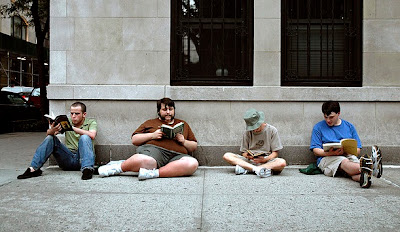 Four Souls by Louise Erdrich
I love Erdrich's writing, but I must admit that sometimes I don't feel smart enough to grasp everything in her books. Part of it is the world view of American Indians spirit-based view juxtaposed with my western European science-based education. I just can't wrap my mind around some of the differences. Wish I could, but, it takes a lot of time and effort... and lots more reading. I keep trying.

This book was so beautifully written; I felt that each paragraph was full of so much deep thinking that floored me. It took me a while to get through the book, though, so I don't think it was a favorite, though some of the characters were such interesting conundrums that they endeared themselves to me. I give this book 3.5 stars.

The first book is about girls who became pregnant and then "went away" to give birth and then place their babies for adoption. This focused on the years after WWII up to the 1960s. Mr. Bannon read the book and was instantly amazed at the insights it gave him about his own life. As an adoptee, he learned from that book what his birth mother might have experienced - something he had not thought much about up until reading The Girls Who Went Away.

He then wrote his book, My Secret Mother, which describes his thoughts as an adoptee and mostly his messages to his unknown birth mother. (Now in his mid-60s, he has never met his birth parents.) It was an interesting idea and an issue that interests me. Luckily, it was a very short book, because it was not well written. It reminds me of my own autobiography, which I started working on a few years ago. My own story is interesting to me, but is written by an amateur (me) and would surely not interest anyone else. That's what My Secret Mother reminded me of.. amateurish attempts at writing a life story.

Sorry, Mr. Bannon, to be so rough on you. I know this project was very important to you. I hope your birth mother was able to find your book and read it. But for me, it was not something I would recommend to anyone else. It's a good tale for you and your family to hold onto... a gem for them, showing your thoughts on this important topic. That's about where its value ends, in my opinion. This book earns only 2 stars from me.

I have the Erdrich book on my list of must reads but have no yet gotten to it. I enjoy Native novels. Thanks for your take on it.