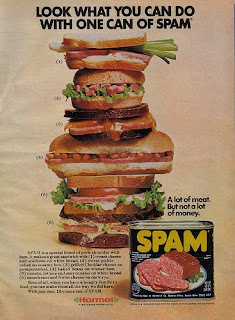 Last week I did St. Paul trivia, so this week I'll do Minnesota.

1) Which of the following was NOT invented in Minnesota?
masking and scotch tape
bisquick
the bundt pan
the stapler
SPAM
radar
Tonka trucks

2) What was the original name of the settlement that became St. Paul?

3) Why does Alexandria, Minnesota claim to be the "birthplace of America?"

5) Minnesota Quilters Guild sponsors a large quilt show every year in June (one of the largest all-volunteer-run quilt shows in the country). The show rotates between 4 cities. Name the cities.
Posted by Carol E. at 10:20 AM

I'm only going to guess on the first question - a stapler

3. The Kensington Rune Stone was found nearby.