This, That and the Other Thing

It has been a while since I came here to just chat. So, let's see.. what shall we chat about?

First I'll tell you that my mom is doing SO WELL. We still are not 100% sure, but it now looks like she does not have cancer. In any case, she is experiencing no symptoms at all, and even if she does have it, she probably would do nothing about it, so we're taking life a day at a time and are happy that she is feeling good. She did see the gynecologist who thinks the mass on her ovary is "nothing to worry about." We'll take it!

Her pain from the palindromic rheumatism is being managed with medications (that is, as far as I know she has had no reoccurrence of the pain attacks). She is going to see a rheumatologist next month. Gathering more information will be a good thing.

She "graduated" from physical therapy and was told it would be a good idea NOT to use her walker! It was just messing with her proper walking technique.

My mom is amazing.. 93 years old and still sharp as a tack! Maybe a dull tack, but still a tack! I'm very happy with these outcomes.

As for what I've been up to, I made two more quilt tops: 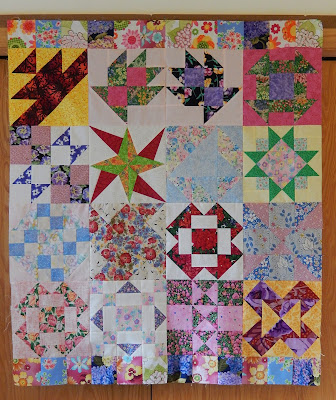 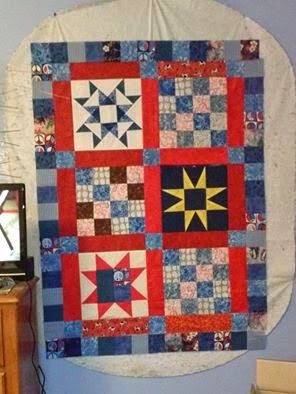 I have been back to my guild's quilt show a couple of times and took more pictures. I love this quilt with the lopsided boxes! 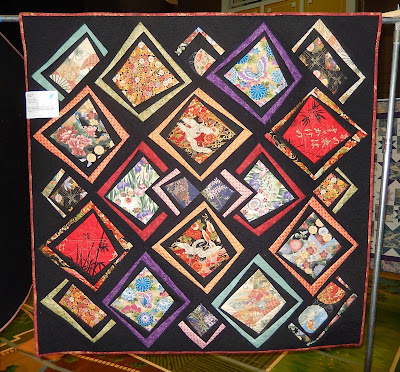 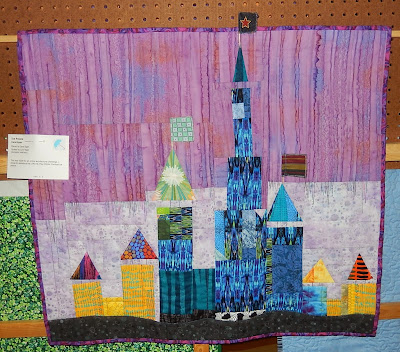 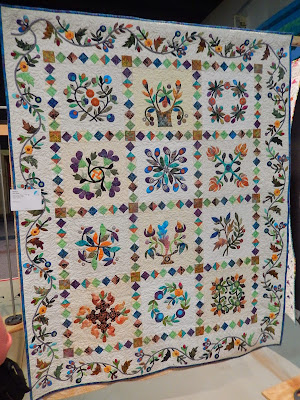 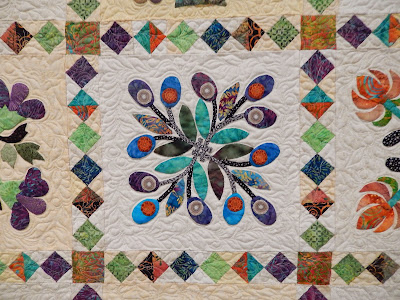 Somewhere, I think Facebook, I saw this idea called Dear Photograph. You hold up an old photograph in the same place where it was taken. I tried it with this one.. my daughter when she was 14. She'll be 34 later this year! I definitely will be doing more of this with other photos and other times/places in my life. 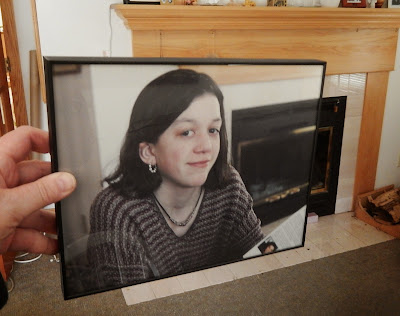 I'm still reading lots, but feeling very frustrated, because I can't find my Kindle! I know it has to be in my house somewhere, but I've looked everywhere. I haven't given up hope yet, but it's frustrating, and I miss my Kindle!

Last night I stayed up to watch the moon eclipse. I saw the eclipse, but not the "blood red" that happened. I got too tired and went to bed before the red showed up. Others have captured some really nice pictures of it, though (SIL: WTG!).

And for the last bit of good news, guess what is happening in Minnesota tonight and tomorrow! SNOW, AGAIN! We are being tested.. how long can we hang on without going completely bonkers. I think we're getting pretty close to the edge of bonkers land.

I love that dear photograph. I put a link to it in my phone and every once in awhile I go and scroll down the stories and pictures.
I have yet to try doing one myself!