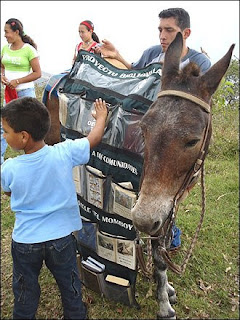 This week I read The House on Mango Street by Sandra Cisneros. I will be handing out free copies of this book on World Book Night, April 23. I wanted to read it before handing it out.. in fact, I was told to read it by the World Book Night organizers. I believe I had read it before, but many years ago, so I had forgotten details, and it was pretty fresh for me this second time around.

This is a wonderful book, told through the eyes of a girl. Her family is from Mexico and settled in Chicago. The neighborhood consists mostly of other immigrants, and families who come and go. The girl's observations are very sweetly girlish yet mature and poignant. Each chapter is a small story of its own, but they all connect. It's a quick read and is beautifully written. It is a book to be savored. Five stars.

P.S. Last week I mentioned Gone Baby Gone by Dennis Lehane. I started the book but quickly became disinterested. The topic and the characters were depressing. I chose to stop, and I plan never to read it. For a really good read, try The House on Mango Street.
Posted by Carol E. at 12:03 AM