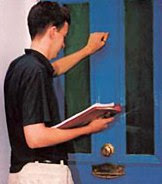 Four years ago I did some political campaign work. I felt motivated by my fears of where this country was headed, so I did some phone calling, door knocking, even recruiting people for joining a neighborhood campaign group. I was terrible at it! I hated it! I only did it because I cared about what was going on.... enter my daughter, four years later. She is doing the same thing, but she is getting paid to do it (by her union). And she is VERY GOOD at it. She LOVES it. I can't imagine... but it is fun to hear her excitement about all the work she is doing. And she is getting results! I couldn't really say that about my feeble efforts.

Isn't it fun when our children grow up and become so accomplished in something we can't do?!

Yesterday I walked 1.5 miles. Today I didn't walk. I've been hit and miss for a while with my exercising, but I'm not giving up!
Posted by Carol E. at 9:11 PM

I expect the Election Train is running at full tilt now.

DD wants to be a journalist/reporter when she grows up. She's bi-lingual so is already setting her sights high and is thinking about the BBC.

It is amazing when we get a chance to really SEE our children!

Great job on the walk...I hear you on the hit and miss..I am facing the same thing. Sounds like you are sticking to it though...good job!! Wendy www.therunningquilter.blogspot.com