Nebraska has turned into a good place for me to go to quilt retreats. I recently went to Nebraska for my third retreat at the Carol Joy Holling Retreat Center at Ashland. Three of us drove down and had a great time. You may have heard about lots of flooding in Nebraska. We heard about it, too, but saw very little evidence other than rivers that were high. The flooding was not in the area we visited, lucky for us. It's very unlucky for the people who experienced it. We were told that $450 million worth of livestock was lost in the floods! Wow!

So.. back to the retreat. We had a lot of laughs and got a lot done. This is most of what I produced (not photographed: several random blocks that will appear in the future). 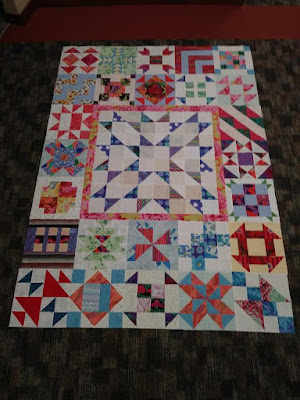 This started its life as a Pat Sloan pattern, but I diverted myself from the original and ended up with this. Almost all the fabrics are Kaffe Fassetts. I think I'll be adding a border of some kind, then will get it quilted and keep this quilt for me.

The three of us at the retreat all made this same bag. It was fun to do it together, and the bag has already come in handy. 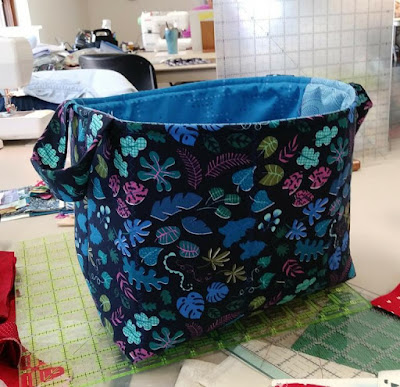 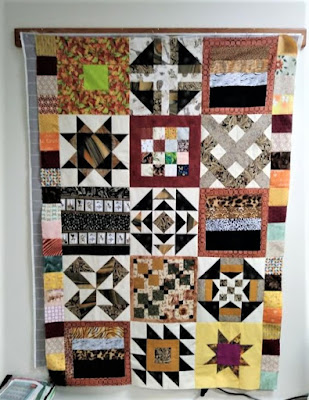 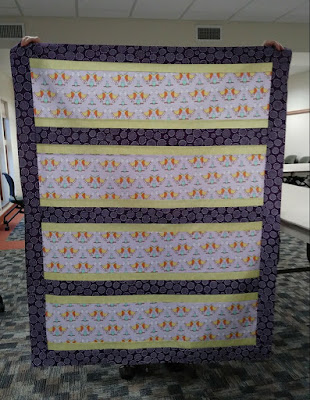 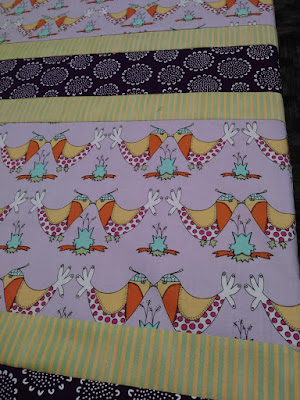 The above quilts are both for Quilts Beyond Borders. The one in browns was made from some blocks my sister made, plus some other random blocks. The simple strips quilt is "Radiance," a pattern by Villa Rosa. We shopped in Lincoln one day, and I bought these fabrics and made the quilt the next day. Super easy and fun pattern. I am going to back it with minky. 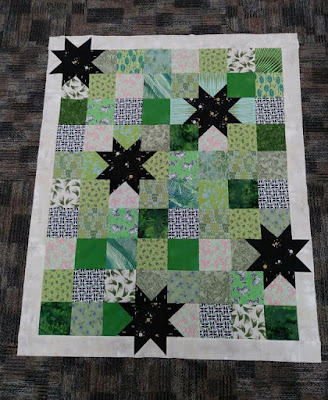 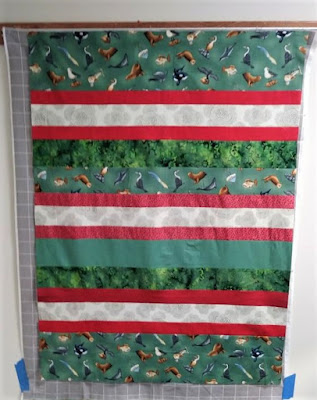 The green with black stars is Pat Sloan's pattern, "Oh My Stars!". The last one is an adaptation of "Radiance" which is pictured above, but for this one I didn't have quite enough fabric and had to make do. I will add some sort of border to that before quilting it. Both these quilts are for Wrap a Smile.

I came back home and was very tired from having stayed up too late every night at the retreat. But I got a lot done and had fun, so it was worth it. I'm about caught up on sleep now. I'm eager to get back into my sewing room and attack more projects, but I decided to spend some time cleaning it. I can't wait to get it back to a semi-organized state and do some more sewing.

Cleaning up my studio always energizes me -- not sure why I delay getting to it, but once I start, if feels SO good. Really like that Oh My Stars top.

I'm glad you had such a fun, productive time! Did you drive to Nebraska?