Politics and the World

Yesterday I responded to a story on a Facebook page which belongs to a local TV station. People were decrying Rep. Ilhan Omar's comments given in a recent speech. I posted "I support her." You should have seen the vitriolic responses to my little statement. If I let it get to me, it could be scary. I choose to not let it get to me.

The world situation right now is awful. It scares me. Under Trump's leadership so many things have been turned topsy-turvy. Now Hate is OK and persecution of "other" opinions is OK. You know what I mean.. one can see it everywhere in the news and in social media.

The thing that really bothers me is that we don't understand each other. People will post blanket statements like, "Liberals believe x, y, and z. They don't believe in freedom." (I actually heard someone say that: "liberals don't believe in freedom.") As a person who labels herself a Liberal, usually when I see statements like that, the statements do not in any way describe what I believe and what I disavow. If I say that's not what I believe, and that I most certainly do believe in freedom, will it change anyone's opinion about what Liberals believe? It doesn't ever seem to.

I no doubt have inaccurate perceptions about what Conservatives believe. If I were to write a sentence this very minute, "Conservatives believe a, b, and c..." I'm sure I would get it wrong. It used to be OK to disagree. We could still be friends. It's so much harder now. I wish I could find that sweet spot where we do agree, or at least where I could understand why a person believes something so diametrically opposed to my beliefs.

For the above reasons I joined a group called Better Angels. Their aim is to bring opposing groups together so that we can learn from each other. I have not yet attended any of their gatherings. I better do so. Maybe it will help me feel more hopeful. What I feel now is sadness at the terrible state the world is in. I fear that we are being blinded and are being led down a path to self destruction. One day will we wake up and find ourselves living in a dictatorship? An autocracy? It feels eerily close to that already.

I do believe people are basically good. But we are also sheep, easily led astray. I'm praying for a more hopeful, optimistic future. What do you feel about the world today? Are we doomed? Is there hope? 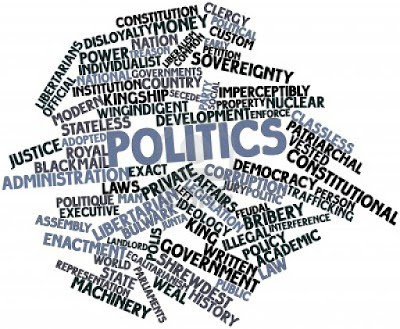 Perfect example of why I stay far away from Facebook.

If you think about it, the world and people have always been in a rather sad state. We’ve always had times of nastiness. We are no worse today than before. I don’t feel doomed at all. We live in the greatest country! Opportunity is there for everyone. Celebrate the good!

Sometimes I feel discouraged about the state of our country and for all the reasons you state. I work at not reading too much or paying too much attention to media. I do believe that there are influences out there that are taking advantage of the upheaval. Joining a group to bring different sides together sounds like a very good idea.