Some Thoughts on Goodwill 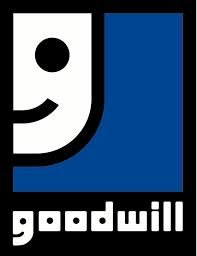 I just watched a clip at Facebook regarding Goodwill and the low wages they pay some of their workers, while the CEO and regional managers rake in high salaries.

First, I was not impressed with the CEO and his comments. He called his critics "elitists," a very patronizing attitude while trying to sound professional. And he spoke in gobbledy-gook without really answering some of the reporter's questions.

However, even though my experience with Goodwill is VERY limited, it has been positive: when I worked in a public school, we had training programs aligned with Goodwill. Our students would get training at Goodwill for various types of work, then they would do job try-outs. During this job trial period, they would get paid a stipend. It was very low... about $2.00/hour. BUT, it was for a limited time, and it was considered to be part of the training experience. First they would be trained, then they would be put into the job to learn hands-on; the bit of pay was considered part of their training -- how to earn paychecks, how to deposit into the bank, how absence or illness affects one's pay, etc. Because we were a non-profit, we did not have deep pockets for paying a full salary, and the stipend was an experiential learning tool.

I believe that SOME of what the reporter was looking at was a similar thing. I noticed the very low pay rates were listed as "under contract," which to me implied that they were in a training period similar to what I just described. It seems, however, that some Goodwill locations are taking advantage of this and paying skilled workers for too long at this lower pay.

Here in Minnesota I did not ever see or hear of workers being taken advantage of so blatantly. It could be happening, but I wasn't aware of it. Many of our students, after receiving training, were then hired as regular workers at a variety of places such as Target, Goodwill itself (at minimum wage or higher), and other retail locations. They also had a banking training program which led to excellent jobs in banks, a forklift training, and an auto detailing training. Every staff member I met at Goodwill was kind hearted and interested in helping people learn. The training programs were quite good and were important stepping stones for our students.

After watching the short clip on Facebook, some readers announced, "I will never donate to Goodwill again!" I don't think this is the right response. The people affected by a dip in inventory are guess who... the disabled workers you are trying to protect. Without supplies and donations, how would they keep people employed and continue to run their training programs? I agree that the CEOs (and their board of directors, if there is one) need to take a serious look at the problem, but I urge us regular folks to continue to support Goodwill (at least here in Minnesota where I think it appears to be working well). Take other steps to communicate your dislike of the low pay situation. Contact the National Federation of the Blind to see how you can jump on their bandwagon and help create change. Don't take a drastic step of hurting your local Goodwill stores which may be far removed from the problem you saw portrayed in the Facebook clip.

That's my take on the story. Remember that a reporter's story must be short and by nature leaves out a lot of the ins and outs of the real situation. What must be done is not always so clear-cut. Learn more about it before you abandon Goodwill entirely. And definitely, if a change is needed (which it appears to be, at least in some areas), work for that change while protecting the rights of the currently employed.

That's my two cents worth!

We don't have Goodwill in my isolated part of Northern CA, when I was younger and lived in Southern CA I had some experience with it. First Experience was at age 8 as a Blue Bird. My group went to The Goodwill "Dolly Derby." This is where Goodwill sold used dolls which had been refurbished and redressed by some of their "contract workers" (job centers for mentally and physically handicapped people). These workers earned a small wage for doing this (and many other jobs at Goodwill such as sorting clothes, unpacking boxes, cleaning offices and warehouses, etc.). Some of the jobs they offered were for training, some for giving handicapped employees good and life-fulfilling work and self esteem. Some of their wages went for their upkeep in group homes, some of it went to them to help them learn to manage money and to purchase their wants (not just needs). I think it worked well. They weren't being taken advantage of, they were given the self-respect of working to provide for themselves; and honorable thing.
This brings me to minimum wage. Minimum wage is for entry level jobs. Jobs that provide teaching and training and experience to help the person entering the workforce to move up and onto jobs that are more difficult and require the experience one acquires in that entry level job. Fast Food jobs are often the first place a teen will find work. They will gain skills (if they are willing to learn) that can benefit them for a lifetime. Minimum Wage jobs are not meant to support a family. They are what they are: jobs that require minimum experience, minimum knowledge and minimum experience.

In the big-stakes nonprofit world the CEOs are paid a lot. (I remember reading that Elizabeth Dole's salary as head of the American Red Cross was in the high six-figures. And some years ago there was a semi-scandal about the United Way CEO paid similarly.) I'll bet a survey of other nonprofits -- cancer/lung/heart/you-name-it would be similar. It takes money to get money.

Goodwill's strategy seems to be to open new stores in strip malls or purpose-built buildings. Salv. Army stores operates out of fairly crummy repurposed storefronts. (For the record, I take used stuff to SA becaue there is one here in town. Goodwill is further away.)

Goodwill also supplies many first experience jobs to the people I work with; mostly refugees.

They gain valuable work experience while they are improving their language skills, as well as getting a paycheck.

Also as a mostly volunteer myself, shopping at Goodwill, allows me to purchase some of the things I need, and many of the things I just think are fun. And nearly every time I'm out shopping, I run into some of my students. (And they see where I get my piles of books that I pass out.) So, I feel grateful that goodwill exists.

As for the Salvation army, I have heard things I don't agree with about some of their missions, but many of their missions are right up my alley. So I'm conflicted when I drop a little money in the bucket. But I feel, at this time of year, when they are helping needy families with groceries, that giving a little to aid in that, is a good thing.