My Friday Five or Six 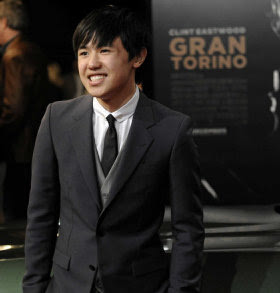 People who live in Minnesota, Wisconsin, and California are probably aware of who Hmong people are. When my friend moved to Georgia and mentioned having worked with Hmong students, no one in her new circle knew who they are. So I shall tell you: they come from areas in Laos, Thailand, and China. They lived in hill/mountain areas and were (still are) excellent farmers. During the Viet Nam war, they fought alongside the Americans, in opposition to the Communist efforts. For that support we promised to "always take care of them."

Well, when the time came for the catastrophic end of the war, we turned tail and ran, and weren't much help to the Hmong people who had fought with us. The new regime was Communists who were not happy with the role the Hmong people had played. Their lives were in extreme danger! They had to escape, running through jungles and crossing rivers to get to Thailand where they lived in refugee camps. Eventually, America and other countries began to sponsor them to come here and start new lives.

Minnesota and California attracted the biggest populations because we have (or at the time had) good social services. So... lucky me! I have had the great privilege of working with many Hmong students and co-workers over the years. It has been a huge blessing in my life!

I explain all this, because I just saw the movie, "Gran Torino." Great movie! I hope you go to see it. It is about Hmong people and their surly American neighbor (Clint Eastwood) who isn't too excited about having them in his neighborhood. It was supposed to be filmed in Minnesota, but Michigan ended up offering a better deal, so it went there. But the main boy character is a kid from Minnesota! Never acted before, and then he got to act with Clint Eastwood!

So here are my Friday Five, which turned into Six:

1) I'm so thankful I work for St. Paul Schools and have so much diversity in my life.
2) My students are the highlight of my career. Again, I feel so very lucky.
3) I started out this week feeling sad. I'm working on some inner stuff. Sometimes it's hard. Thanks for listening and supporting me! I'm so lucky to have wonderful friends and a good support network in my life. I'm ending the week feeling happy.
4) Today's mail brought me a wonderful, surprise package from a friend, with a nice, long letter and a bunch of goodies to play with. What could be better??
5) I am learning to be more in tune with God and my faith, and it feels great. I have never talked about my faith much, so it still feels funny to say this.
6) My husband is the best! I'm super lucky in all ways.
Posted by Carol E. at 6:34 PM

Great list, Carol...especially # 5! I am glad you are feeling better...just in time for the weekend.

Here in our little corner of Northern California our church sponsored a Hmong family at the end of the Viet Nam war (little did we suspect that with all the extended family members we'd end up with 22 people!!!). I remember helping to set up housekeeping, supplying quilts and toiletries and I set up the pot luck dinner to welcome them....they couldn't speak to us, we couldn't speak to them...they thought our food was horrible and we were afraid to eat theirs! But with smiles and hesitant hugs we became friends. Of course those little children are in their mid to late 30's now! We went on to accept financial sponsorship of 10-15 families (as did most churches in our area) and fast friendships were made. My girls went to school with children named, "Dong, Ma, Homma, Tren, Tyen" and more. We already had a large Native American population and in the past few years the Latinos have come in large numbers. What a wonderful diversity we have in Humboldt County!

There's also a large population of Hmong in MT. I always visited their booths first at the farmers' market because their products were amazing - I've never seen anyone else scrub their veggies clean before selling them!

Great information, Carol! I know they're fine artists, as well as many other things. The MN Quilt Show often has a Hmong venor with the itty bittiest little applique ever known. Beautiful stuff!