I voted in the primary election, and attended an election party. I'm so proud of Minnesota - we had huge turnout for the primary, and blew all the other states out of the water with our attendance.

The person I voted for for the governor candidate position did not win, but I'm still so proud of her. One of these days we will have a woman governor. And I will be happy to vote for the person (a guy) who did win the candidate position. Crossing my fingers for "my" guy to win, because the other one is a Trump puppet. We do NOT need that in Minnesota!

Minnesota leads the nation again in that we have a Somali-American woman running for Congress (first in the nation), and she is in a district that nearly always votes her party, so she's likely to win. We also, in the past, elected the first Muslim member of Congress (he is currently running for Minnesota Attorney General), and in Minnesota legislature in past years, we elected the nation's first Hmong-American member of the House (a woman). I love our record of leading the nation in these ways.

The election party was fun, even though disappointing that our first choice did not win. I got my tiny brush with fame. Here is my photo gallery: 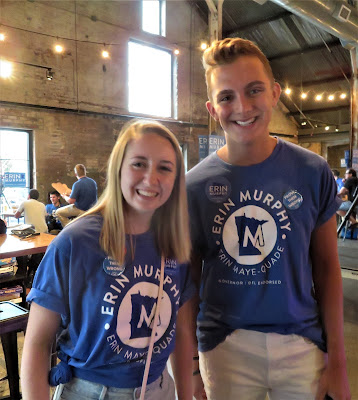 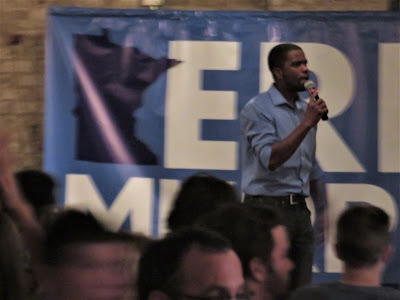 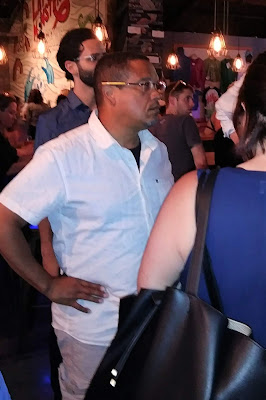 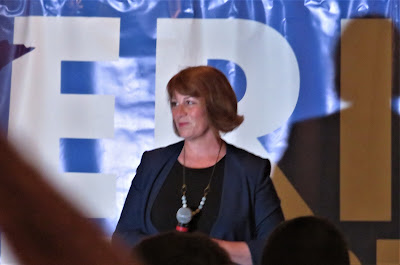 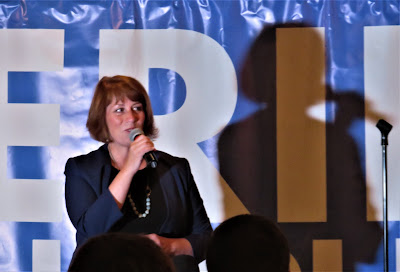 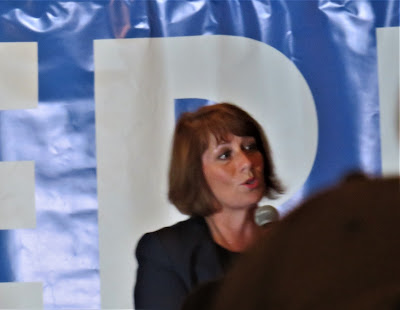 Erin Murphy - she is so impressive! I'm sad she did not win.

I think I was out too late and had too much excitement for someone my age. I was so tired today, I took two naps!