Counting What I Did Not Use

Today is the day! Today marks ONE YEAR since I started counting paper towels that I did NOT use. One year ago I saw a link on Facebook. It took me to a video of a guy showing how to wash one's hands and use only one paper towel for drying. I thought to myself that I should give it a try. Here is an approximation of my previous method: 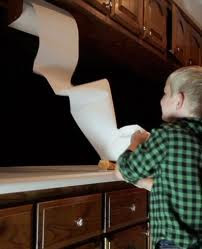 I liked to pamper myself and use a lot of towels and get really DRY!

I'll admit, I wasn't perfect. Sometimes, if they use particularly feeble paper towels, I let myself use two or even three. Then I just wouldn't have any to count.. but overall I did a good job of keeping it to only one paper towel per hand wash.

I kept an eye out for the maintenance people at my work building. I wanted to ask them how many paper towels are in one package that they insert into the machine. They look similar to this (not exactly, but close). Wouldn't you know... I see them frequently, but have seen NO hint of them anywhere near my office door or the restroom door in the last month when I've been wanting to ask. I'm assuming, however, that I saved approximately the equivalent of one of these packages. 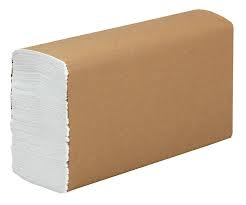 Now.. what if everyone in my office did the same thing? There are about 130 people who work in my office, most of us part time, coming and going 24/7.. if each of us saved one package of paper towels per year... think of the trees we would save!! Maybe they aren't as overly consumptive of paper towels like I used to be. But we could still make a dent, don't you think?

So.. guess what my final count is... here goes.... in one year I managed to NOT use (thereby save) 426 paper towels!!! I'm proud of myself and intend to keep on conserving, and hope to save a package of paper towels per year. As long as I keep working at my current job, it's possible.

Won't you join me in saving the world's resources in this small, easy way?

OH... and ANOTHER BIG THING ABOUT TODAY -- IT'S MY SISTER'S BIRTHDAY!!!! Happy Birthday, M! I celebrated your birthday by NOT using 426 paper towels!!

I've wondered what you were counting. :-) Impressive number. I'd guess he package holds 500--just a guess though. I saw that video too, and shifted to one towel, but didn't think to count. From what I've observed, most people pull two or three routinely. I have been amazed at how even one of some very flimsy seeming towels can do the trick.

Way to go! What an interesting project you undeertook. i'm on the frugal side of the paper towel thing at home and we don't have them in the restrooms at work, so I don't use many. I enjoyed reading your post and your energy for being conservative is a good reminder. And Happy Birthday to your sis!