The official photos from my recent conference in Atlanta have just been posted, so I'm sharing a few with you, to show more of the work part of my recent week in Georgia; well, except for the first photo which is a party focusing on food. 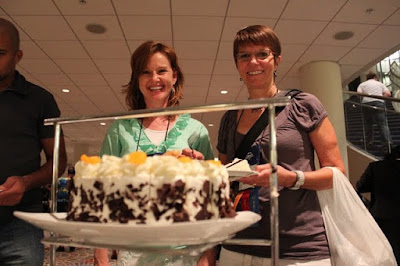 Opening reception with lots of yummy treats; I didn't get to go, but I met the woman on the right (Erin, from Alabama) 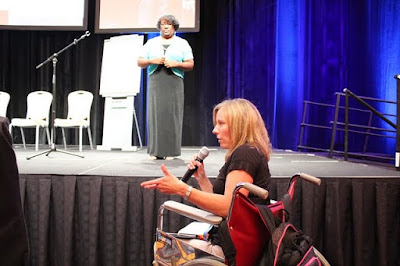 Another woman I met, Donna from Georgia, was in a workshop asking a question 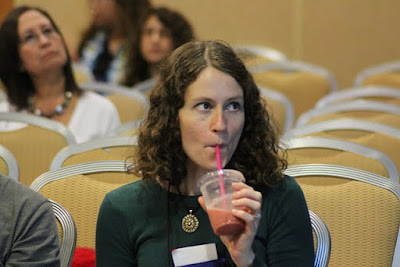 Every day we had free smoothies! 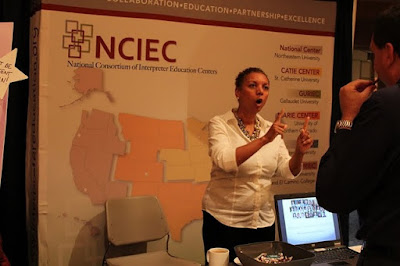 One super-fun thing about these conferences is that everywhere you look, there is cool ASL going on (American Sign Language). 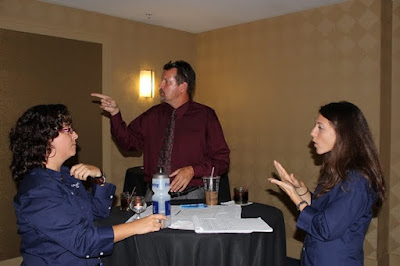 It is such a beautifully expressive language! 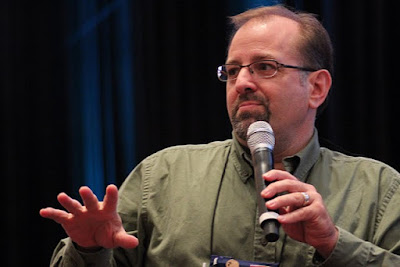 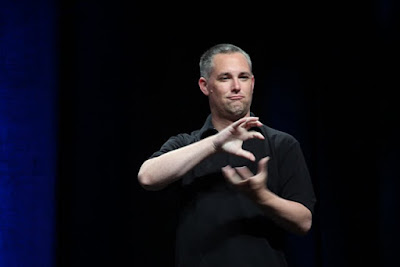 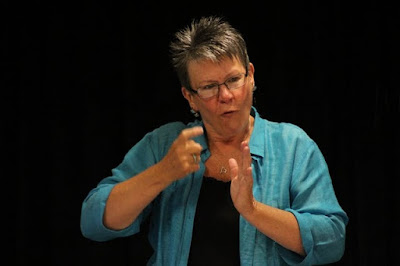 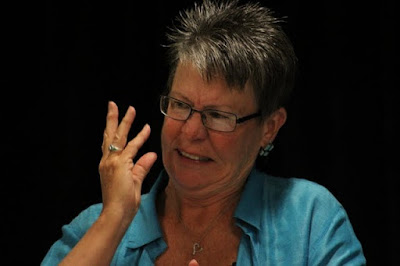 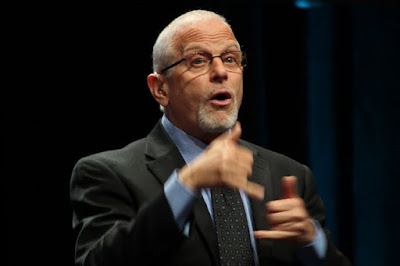 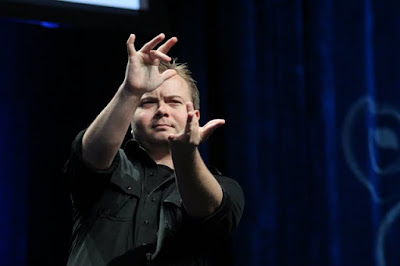 Wink, performing at the entertainment portion. He was fabulous and is coming to Minnesota on Aug 19. I might go see him again.
Posted by Carol E. at 8:06 AM

What great photos of a visual language at work! I'm jealous of the free daily smoothies, though! Aren't you still amazed everyday at the length of career you had using sign language? Thanks for sharing.