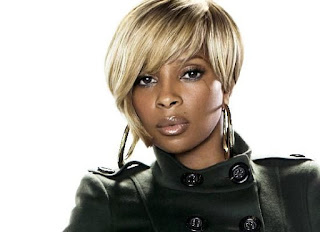 My son got married two years ago, and it was one of the happiest days of my life. Then things went really wrong; he and his wife have decided to get a divorce. This has been very painful for me.

I know it has been the same for them, of course. I think my son probably did most of his grieving before I even knew anything was wrong. I gradually learned about the problems and found myself grieving like nobody's business. I probably was in shock for a while. Then I started accepting it, but with difficulty.

Lately I have thought I was doing better. In general, I think I am. My son, once the decision was made, felt much happier and at peace after a long time of struggle. It has helped me to see how happy he is now.

Overall I do OK, but every once in a while I get blindsided by something that touches that raw spot in my heart, and I have a meltdown. It usually has to do with music! They used several Beatles' songs for their wedding, and I still can't listen to that music without bawling.

Today I was taken by surprise. I went to the movie, "The Help." What a fabulous movie! It was just as great as the book! At the end, as the credits rolled, a song came on that poked at my sore spot, and I lost it. I sat in the dark, alone, having a meltdown. Crying my eyes out.

I don't remember the name of the song; it was a Mary Blige song. It's something like this: "life has been hard, I've been struggling, now I'm recovering, and I'm going to be OK." It's a great song! But it struck me as terribly sad as I thought about my DIL. I don't know how she's feeling, but at least part of her must be thinking about the loss. So I feel broken-hearted on her behalf. (After all, she has lost my fabulous son.. who wouldn't be broken hearted?!)

For all I know, she may be feeling happy and at peace, like my son seems to be feeling. But I, for one, am still on the recovery road. Luckily these meltdowns are becoming less frequent.

Just don't ask me to listen to the Beatles for a while. And that Mary Blige song, whatever it is.
Posted by Carol E. at 4:03 PM

It is a shame when a marriage goes bad so quickly. But I am sure it is comforting for your son that you are in his life. If there was a way, if we had a crystal ball... but then I think these experiences make us stronger.

Hugs to all of you.

Hugs and prayers for all of you. Sometimes a good bawl is necessary to move forward.

I am so sorry to hear about your son's divorce, Carol. That is a shock. I hope that he is finding peace and gaining strength each and every day. Your whole family is in my thoughts...for this affects everyone, I know!

I cannot remember now -- perhaps yahoo or youtube -- but I saw a blip about how Mary J. came about this song. It was powerful. I cannot wait to see the movie!

Hmm...perhaps I shall go to the late one...so nobody sees my tears? ;)

Peace to you, friend.

C: It's perfectly fine to cry at the movies. I'm glad you did. I went to the movie, 'Beaches' with my daughter years ago. Just as Bette started singing "Wind Beneath My Wings" I was winding up for a good sniffle. But my daughter leaned into me and whispered, "Gosh, Mom, what's everyone bawling about in the theater?" It stifled my tears immediately but . . . . I learned that I still had a heart. So do you. I'm sure it will inspire some beautiful quilted piece sometime soon. Hang in there.

hugs to you my friend