Last Saturday I decided on the spur-of-the-moment to attend a quilt show in a distant suburb. It was a long drive from where I live; I ended up driving 60 miles round trip (with a stop for refreshments and a wrong turn). It was my own personal little road trip, and I had a fun time. 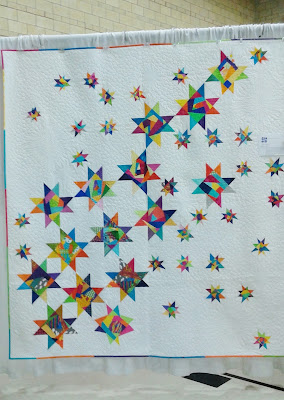 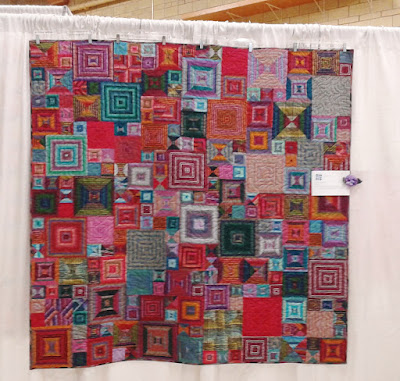 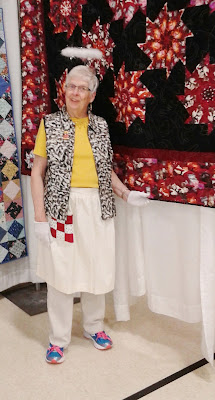 The first picture is a quilt made by a group called Make it Modern. It was not a Make it Modern quilt show, but some of the members of MIM are also members of the group which was putting on the show (Women of the West). This quilt, made by Make it Modern, won third place at our state-wide Minnesota Quilters show, although I don't know the category in which it won. My cousin is part of that MIM group and was working on her contribution to this quilt when I was with her at a retreat. I might have even given her some pieces of my fabric to put in her blocks. So I feel I have a connection to that quilt, very loosely, of course.

The second picture above is made from Kaffe Fassett fabrics and one other kind which I can't remember. I like the quilt. You can see in photo number three that the quilt helpers were real angels. Literally. I asked if I could take her picture, and she serendipitously was standing next to a quilt that she had made. 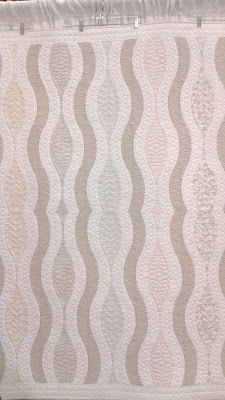 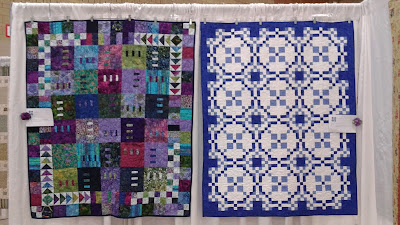 This next quilt, below, was gorgeous! I voted for it for Viewers' Choice. It was modern-pieced and beautifully quilted. It was called something like Long White Afternoon. One of the angels pulled it over so I could see the quilting on the back. Lovely! The maker is named Peg Lindberg; I am a new fan of her and her lovely work. 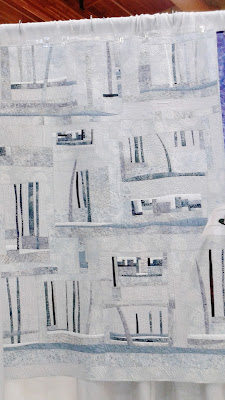 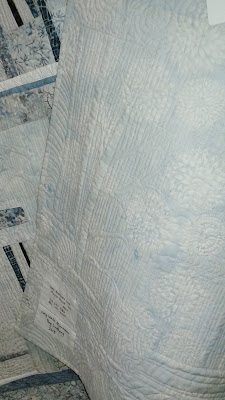 This next quilt is also by Peg Lindberg. She makes up her own patterns. I like to do that, too, but she far surpasses my abilities. I can't figure out how she made this blue one. Can you?? I thought it was just rows of boxes, but the box borders don't line up, so I can't figure it out. 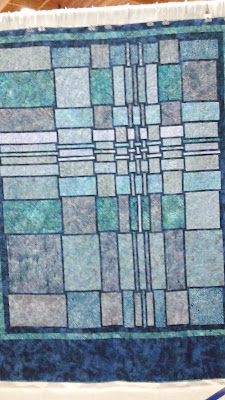 This next one is beautiful, too. I didn't notice who made it. I love it. The quilt story said she needed a painting for a particular wall space, and couldn't find anything she liked, so she made one herself. Sounds kind of Peg Lindberg-ish. Maybe it's hers, but I really have no idea. 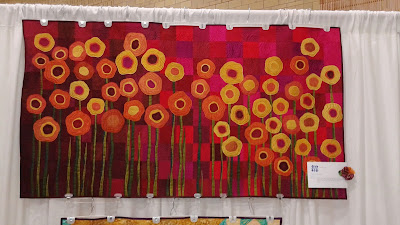 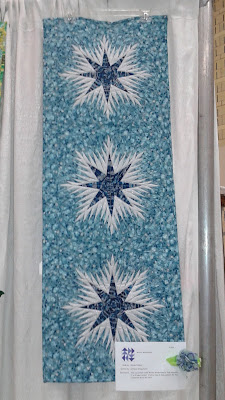 This next one might cause you to think you're losing your eyesight. You're not. It's fuzzy-like on purpose. Take a look at the close-up. I think it's a panel, pieced in an interesting way, and the quilting enhances the fuzz look. Nice work! 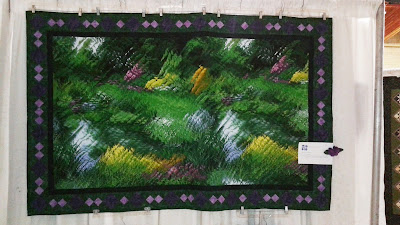 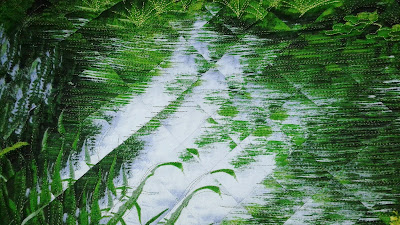 Next: the maker took a class in which she learned various art quilt techniques. I should have studied these more carefully; I'll have to study the photo with a magnifying glass. 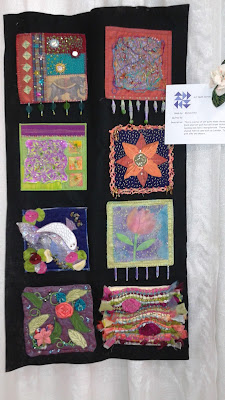 Next: more pretty quilts, Multnomah Falls, a Lone Star pattern which is something I hope to make some day before I die and/or stop quilting. 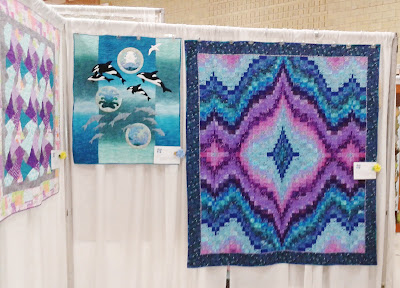 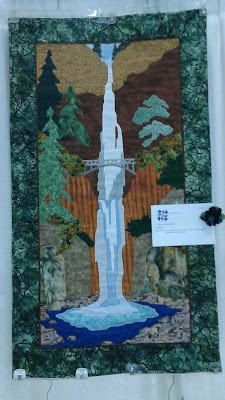 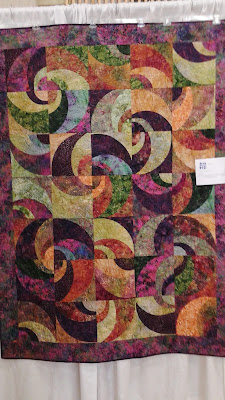 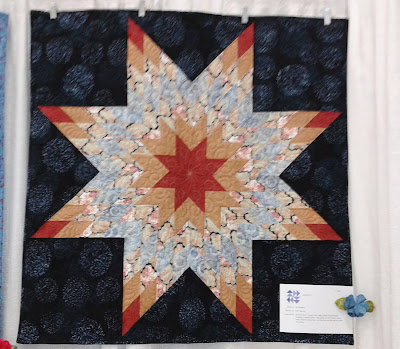 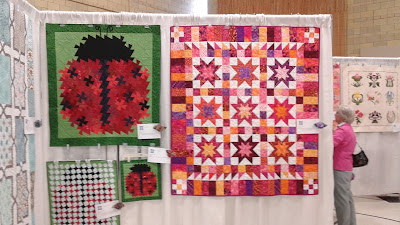 I had good luck at their boutique. I got there late in the day when everything was half-price; I picked up some real bargains.

It was a nice, spontaneous road trip. I might go to another quilt show again soon. Solo adventures are fun!