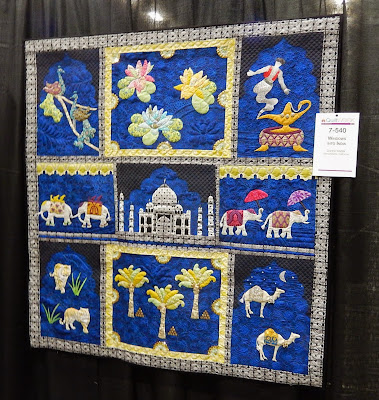 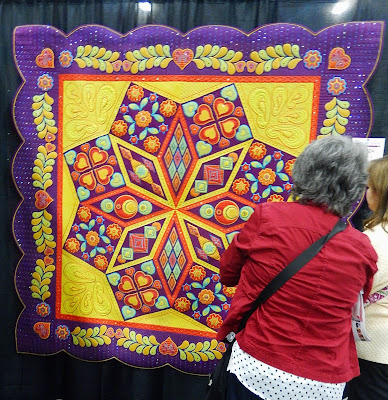 First photo, I did not get the maker's name.
Second photo is by Mary Reinhardt, Jan Malmquist, and Dee Legvold.

Below: Best of Show by Kathi Carter 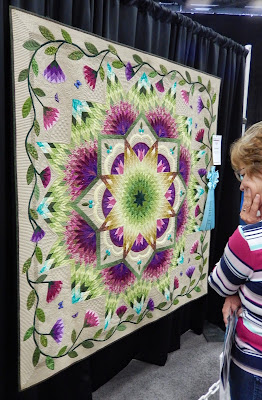 I checked the AQS web site for winners' names and was confused when I saw this one listed twice, with two different names and categories. So, this is made either by Margaret Solomon Gunn or Joann Webb.

First one below is by Elaine Krajenke Ellison. Second one below: I loved it and would have given it some kind of award if I'd been a judge. It is called Celtic Visions and is by Lily Kangas of Canada. 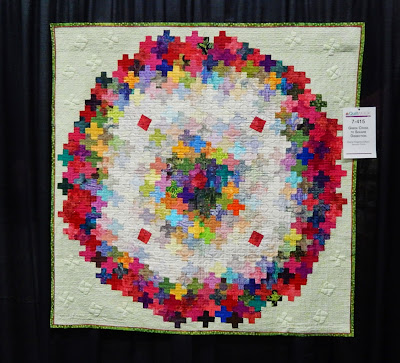 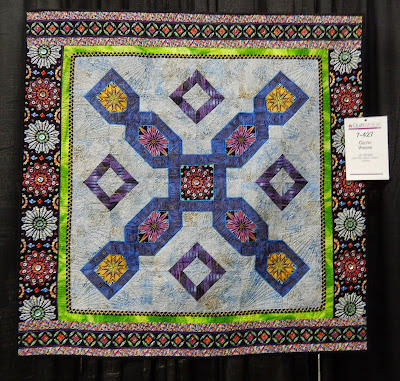 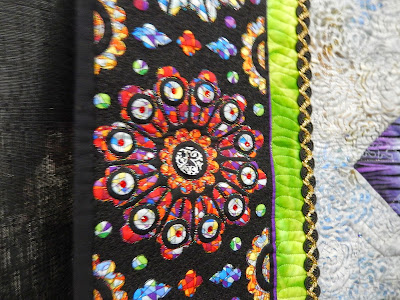 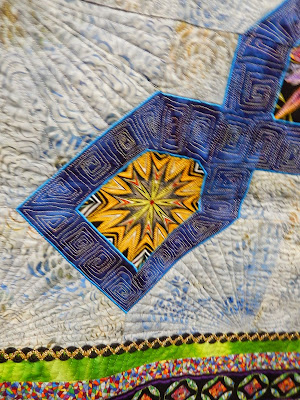 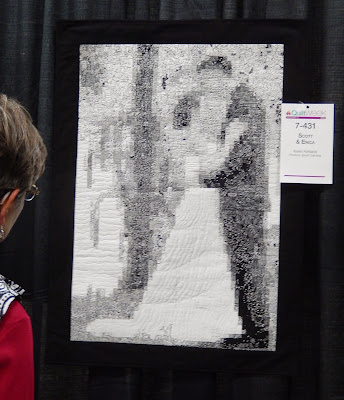 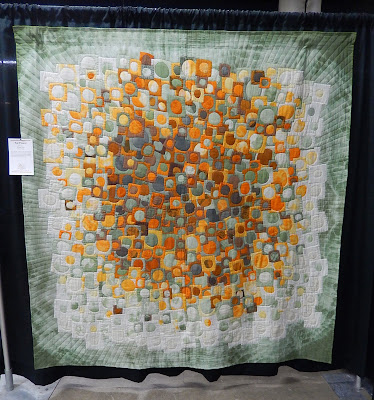 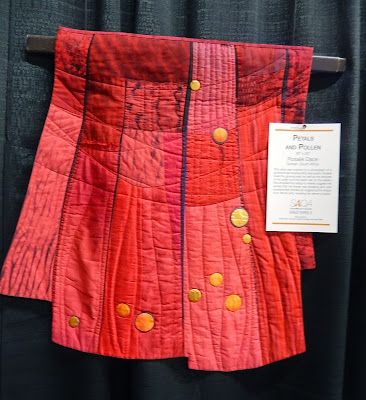 Below: a detail of Ms Kim's quilt, second is by Deirdre McConathy, third one - I didn't get the maker's name 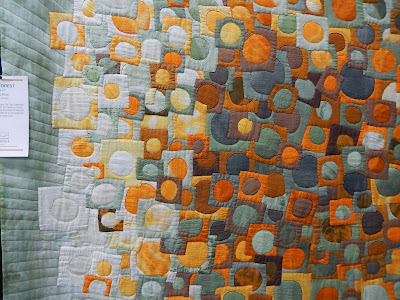 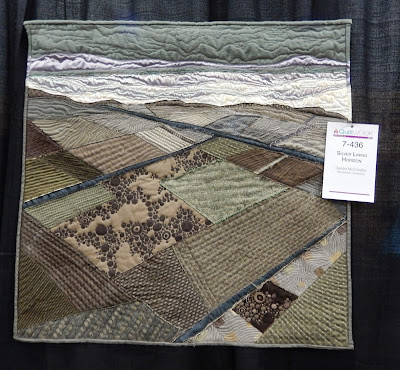 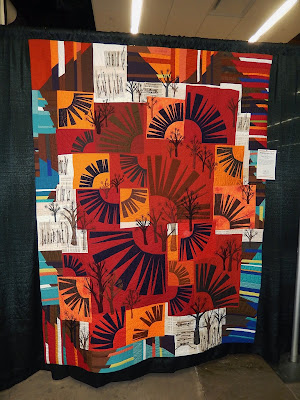 Below: my detail shots show the makers' names. These were both very cool.. such tiny pieces, and the second one is mostly done with thread for that great sky effect 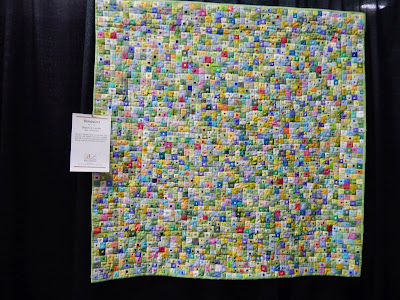 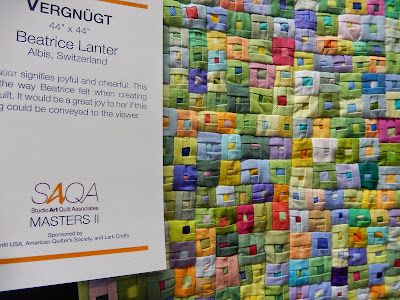 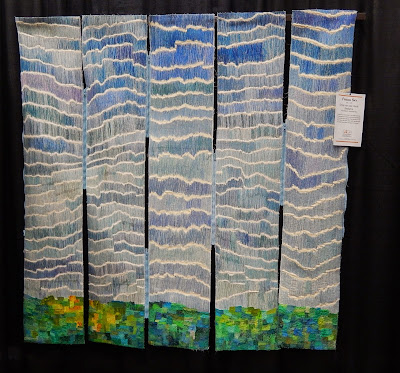 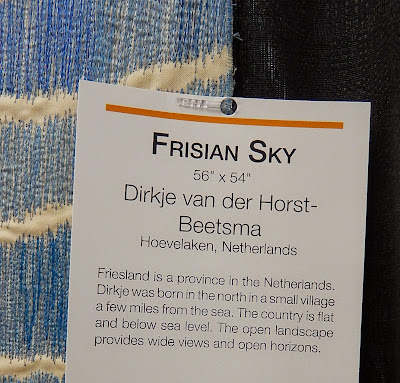 I have a few more photos, but I think I'm going to stop with these. A person could go on and on.. such beautiful quilts and superb talent on display. It was awesome to see.

Zen Garden was designed, made, and quilted by Margaret Solomon Gunn.

Great photos - thanks for sharing!!

Such an interesting variety of techniques! Wow!