Haha! I'm not quilting with Robert Vaughn! What happened was, I was so busy concentrating on sewing that I had forgotten to take my cell phone out of my purse. Hubby heard it ringing and brought it to me.

My sister was calling to tell me that she had ushered at a play in a town near where she lives, and the main actor in the play was Robert Vaughn. You need to know that when we were young teens, my sister and I liked watching "The Man From U.N.C.L.E." (a TV show, for you young'uns who don't remember it) which starred Robert Vaughn (and others). We thought he was very handsome! So when Sister realized he was IN the play where she was ushering, she decided to wait outside the theater and hope to catch him coming out of the actors' exit.

Sure enough, out he came, and she spoke briefly with him and got his autograph. She was excited enough to call me and tell me all about it. The guy is now nearly 80 years old! She said he is still good looking, so I decided to look him up on the internet and see what he looks like now. 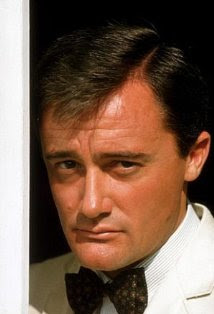 and here he is now: 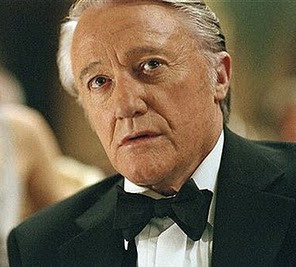 The moral of the story? Don't give up hope! If you are a regular-shmuck kid, growing up in a small farming town in the middle of Podunk, Midwestern State, never fear -- you may grow up to see your favorite handsome actor IN PERSON and get his autograph. All you have to do is wait about 47 years.
Posted by Carol E. at 10:23 PM

My knees still go weak! It was always a toss up in my house.... Robert Vaughn or James Garner (Rockford Files)... thanks for bringing back those lovely memories!