My son, daughter and I marched in the Women's March on Washington/Minnesota last Saturday. What a fun experience!! At first we all gathered in one big parking lot, then stood around for quite some time, then started marching - very slowly because of the size of the crowd. It took us an hour to walk a very short distance. Then we turned a corner and could spread out more and could see all the way to the Capitol. The crowd was enormous! I was amazed and moved! Later the St. Paul Police announced that their crowd estimate was 100,000 people!

I've been very distraught since the election, but this march restored my hope. That 100,000 people came out, spurred on by their need to resist Trump's agenda and bigotry, moved and inspired me. And coupled with the protests that took place on ALL 7 CONTINENTS, I am beyond happy and hopeful.

I am getting involved in politics in ways that I never have before. I joined a group of women who intend to be active in our resistance to hurtful legislation. We met last night - there were a couple dozen of us - and that, too has restored my hope and enthusiasm. 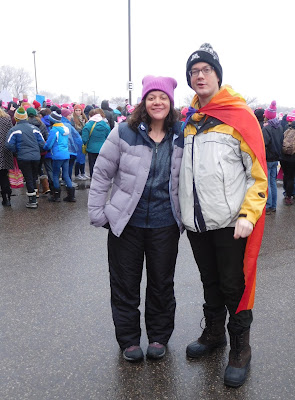 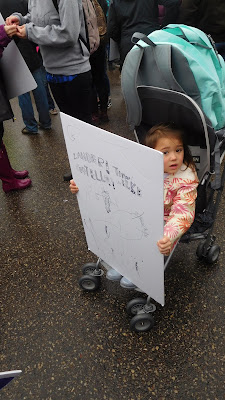 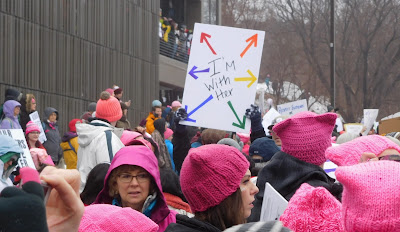 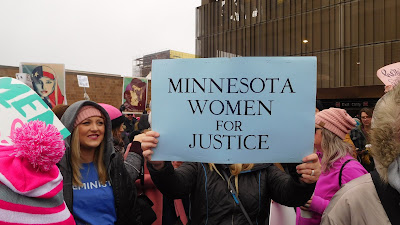 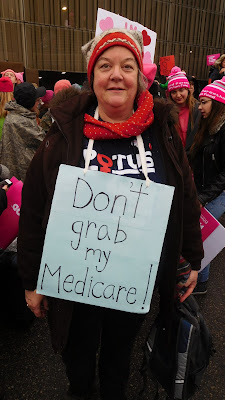 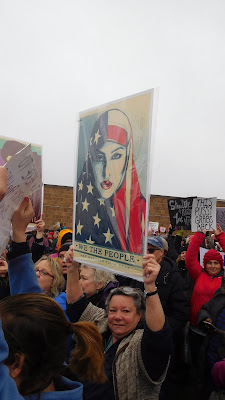 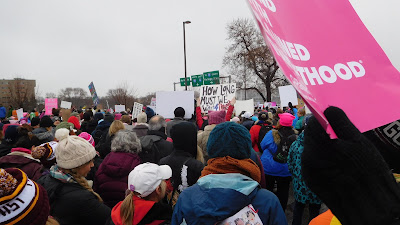 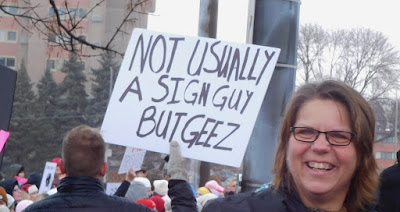 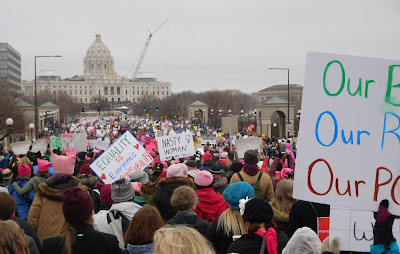 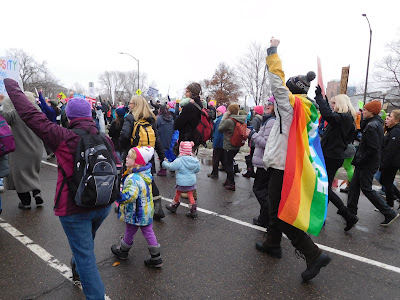 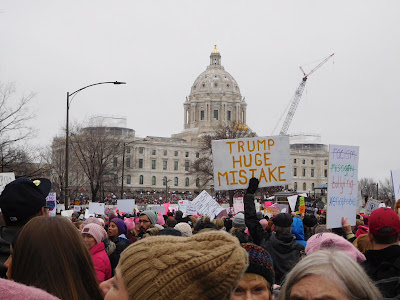 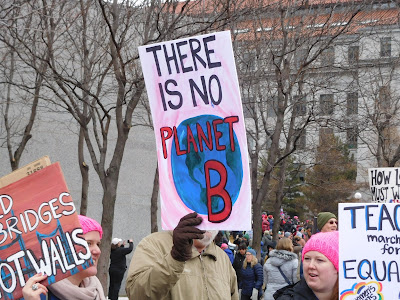 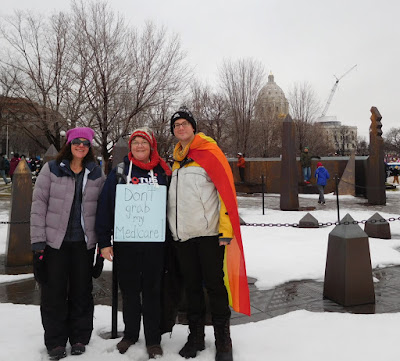 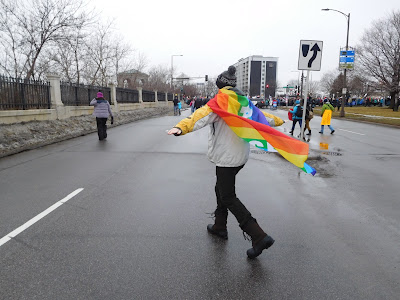 my son wearing his Peace flag

I'm proud of you!

It was encouraging. Portland too had a large crowd,and like you I am looking to ways to continue.