Finished One Year, Started Another

I have been absent from my blog for a long time! Wow.. Christmas and New Years have come and gone. Did you miss me?? We had a quiet, fun Christmas with our adult kids here on Christmas Eve. Then on Christmas Day hubby and I took a little trip to northern Minnesota for 4 days. We visited a couple of state parks. We had never seen these parks in the winter season. They were beautiful!!! And waves on Lake Superior were huge. We also toured the Glensheen Mansion in Duluth, MN. Very nice. I'd like to see it again in the summer time. 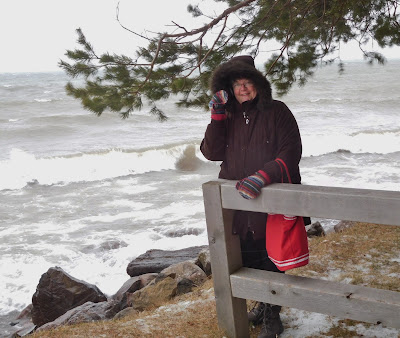 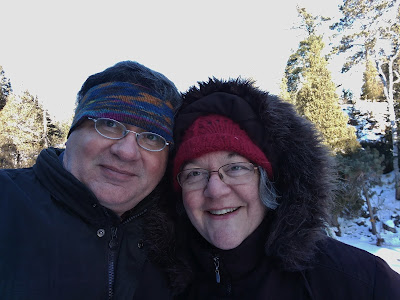 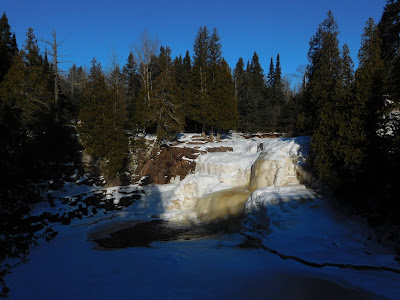 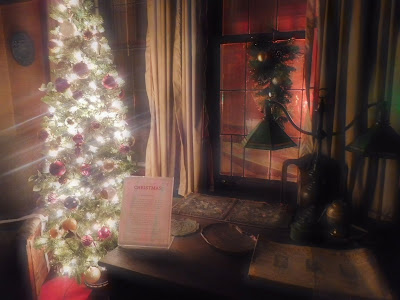 New Years was also quiet. We stayed home and played Monopoly the card game. I like it better than the board game.

Then I have been sewing whenever possible. This is a gift I made for a coworker. It's a secret-santa type of thing. I hope she liked it. She doesn't know who gave it to her, so I will never know what she thought! (She got a little Christmas candy with it.)

This is the back and next photo is the front. 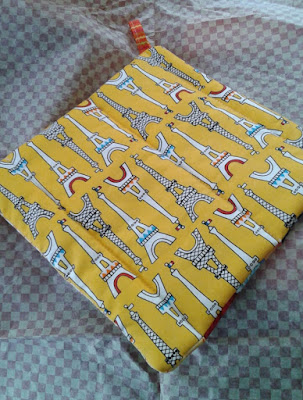 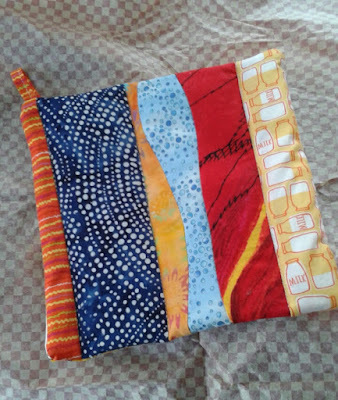 I finished a quilt for our new great-nephew. We will have a family gathering soon when I will give it to him. The owl is for him, too. He has a bedroom decorated with owls, apparently. 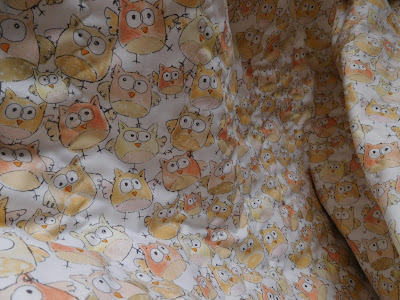 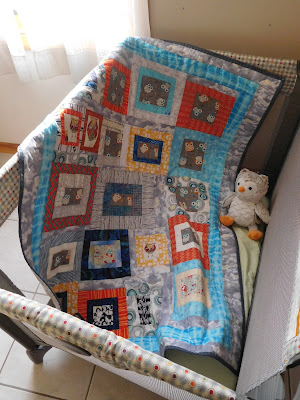 I made a quilt top on New Year's Day, using some jelly-roll-wannabe fabric that I had to trim (still had the selvage on it). I wasn't thrilled with the fabric, so I just made a quick one to get it over with. That's the purple one below. Then I put bindings on the blue and the green ones. I'm calling them 2016 finishes, because it wasn't their fault that I dawdled so long on the bindings. The purple one is my first technical quilt top of 2017. 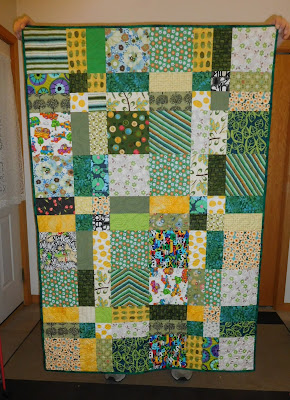 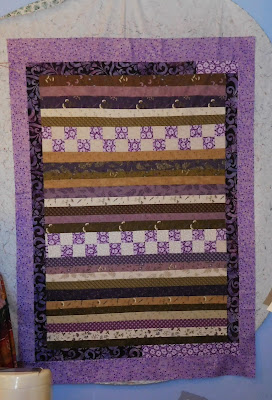 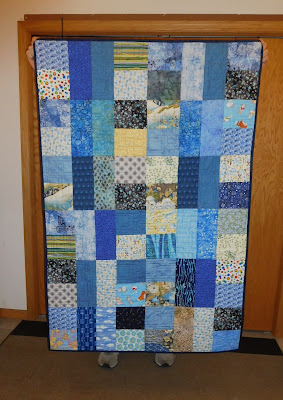 Since I wrote last, my mother-in-law had a stroke. She was very ill, and I thought she was going to die. I was still in raw recovery stage from my own mother's death and didn't know if I could take another death in the family. Luckily she has bounced back once again. She's very tough! She's not home yet, but she is doing really well. Her 87th birthday was on Monday. And.. I'm not feeling quite as raw any more in my recovery from the loss of my mom (sad, but not as raw). Here are my parents-in-law. FIL will be 97 next month! 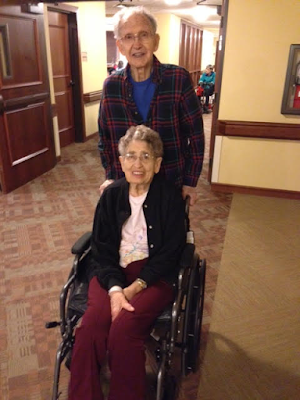 I am going to update my tab of Quilts Made in 2016 and hopefully have that done in the next few minutes. I don't feel like I was as prolific this year as other years. Maybe 2017 will be a productive year.

I'm thinking of going to the Women's March on Jan. 21, but locally, not in DC. Anyone else going?

Yes, I noticed you had been away -- but seeing those waves on Lake Superior was certainly a very good reason! Sending hugs and best wishes for you MIL as she recovers (and for you as well).

Hi Carol, I had a look at your finishes, and I (roughly) count 48! That is very prolific! If I had that many done in one year, I would almost be at the end of my UFO's!! Beest wishes for 2017. Karen.

Hi Carol, I had a look at your finishes, and I (roughly) count 48! That is very prolific! If I had that many done in one year, I would almost be at the end of my UFO's!! Beest wishes for 2017. Karen.

I am attending Women's March PDX. (Portland is the only town I know that uses its airport letters for a city abbreviation.)

Julie, thank you for the kind thoughts. We just found out that MIL will be going home soon. Amazing!

Karen, when I counted my quilts I was surprised, as I had felt it was a down year in my productivity, but roughly 48 is pretty respectable! I used to have about 50 UFOs which I tried hard to finish, so now my UFOs are way down, but it's easy to get them counting pretty high again if I'm not careful.

Claire, I was pretty toasty warm in my layers when we were out in the snow and cold. And look at that sky! It was so beautiful.