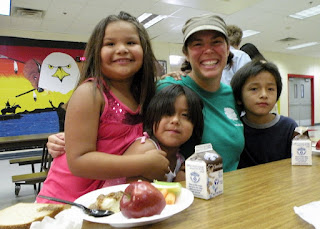 so humbling when they welcome us into their world


The Massacre at Sand Creek by Bruce Cutler

This is an excellent and a terrible book. Sand Creek Massacre is one of the many incidents in which atrocities were perpetrated against people who believed they were being protected and were living in peace under a recent treaty. Double-crossed once again, the Indians were slaughtered by the white soldiers who had promised to protect them (while the elder in charge waved a white flag of peace). The maniacal colonel in charge was a former and future Methodist minister (ouch).

This book portrays diary and narrative accounts of the times leading up to Sand Creek, the attack itself, and the aftermath. In some ways it's nothing new. We have a terrible history of genocide that is at the root of our nation's history. For years I have been trying to understand it and to understand what was lost. In some ways there are tiny glimmers of goodness. One captain, Si Soule, refused to order his men to participate in the Sand Creek slaughter. He did the right thing -- the glimmer of goodness -- but prevailing thought did not applaud him for his actions.

I know that the thought of the time was "manifest destiny" in which white Europeans felt it was their God-given right to rid the world of "wickedness" (Indians) and to take dominion of the earth for the "true believers" (white Christians). I have tried hard to wrap my mind around this mindset and cannot.

In reading narratives of the various tribes and their cultures, I have an equally difficult time wrapping my mind around their way of thinking. I so wish I could see the world in the way their legends portray. My white, WASPish, science-based, western-based educated self struggles to be "of the earth" as I would like to be to truly grasp the Indians' mindset. The two world views were polar opposites, and I want to try to get a good understanding of both.

I'm stuck trying to understand how one group of people can take over another people's pre-existing world, thinking of the native people as animals, savages, beings without souls. And I'm stuck trying to imagine and grasp the strength the native people embodied by their close ties to the earth and their understandings of brotherhood with animals and the spirit world. I'm stuck trying to comprehend what happened when these two cultures clashed and wondering if it could have happened any other way. Then I come full circle to that dreaded "manifest destiny" idea, and I cringe. I can't believe it. My mind goes round and round and round. So I'm still trying to learn.

The toll of the Indian Wars is not the count of bodies only. It is invisible. It attacks the mind and heart. It puts the soul to trial by asking, "This nation under God? How shall it grow from roots so deeply set in wrong?..."
Posted by Carol E. at 7:30 AM

No one commented on this painful post. I live in a town where Lakota Sioux are prevalent. And I'm still embarrassed for our nation's horrible policies and a lot of PRESENT policies, and always-lies, when I see them in town. It was so awful -

The earth? We are nothing without our earth - when it is destroyed, WE are destroyed, yet it continues to be used up and abused.

this was a good post even if no one commented - I'm sure many read it are feel similar to your words.