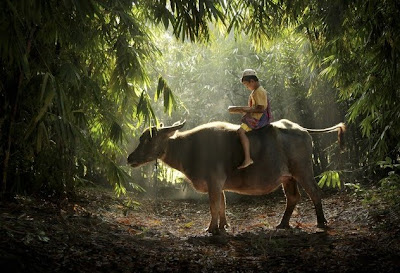 Wherever you go, read a book!

Last week I forgot to post a Friday Books message. I think I was between books anyway, and didn't have anything new to say.

This week I have two books to tell you about:
1) My Dear I Wanted to Tell You, by Louisa Young
This book is historical fiction about World War I. The story is of a few men who go off to fight in WWI, and the women they leave behind. As the war drags on and on, their spirits sag, and it gets really depressing! Despite that, it's a good story. The author used historical facts and figures that she has known about through her family connections. She used some real names from the era but fictionalized their stories.

Interesting, thought-provoking and worth reading -- if nothing else, it is another reminder of how terrible war is. And how stupid it is to think a war will be fought and over with in a few weeks. Will we ever get over that hubris? Both sides thought that during the US Civil War.. then WWI.. and recently, "Shock and Awe"... stupidity!

2) These Is My Words by Nancy E. Turner. I am a sucker for this kind of book. Always have been. It's a novel about settlers moving into formerly-Indian-owned land in the Arizona Territory. It has the typical covered wagon saga (lots of difficulty along the trail), fesity young woman who yearns to be more of a lady but is a spit-fire by nature and can shoot better than most men, handsome young man who has an interest in her, but they clash and she thinks he's ornery, difficult life on the farm once they settle on a homestead, of course the spitfire woman and the ornery man marry and he turns out to be the Perfect Husband - strong, manly, yet gentle and romantic. A story like this makes me cringe for many reasons, but at the same time, I love it. Especially when it's in diary form, as this one is. I suppose the appeal is in wondering how I would have fared in the life of a pioneer woman (I would have gone insane and then died), and also in pretending that I'm that competent, strong, spit-fire woman who attracts strong yet romantic and handsome men and can handle all chores with boundless energy and supreme talent. Hahaha!

It's the departure from reality that is bothering me this time around. I can't stop thinking of the aftermath... people forced onto reservations, entire cultures pretty much wiped out so we whiteys can have ranches. Come to think of it, this might be the last Manifest-Destiny-style book I will read. I think I finally grew up.
Posted by Carol E. at 1:25 AM