An audio book -- Before the Fall by Noah Hawley, narrated by Robert Petkoff

This is not a book I would have liked if I had been reading a hard copy. Thanks to a great narrator, I enjoyed listening to it. Petkoff sounds like a friendly, trustworthy reader. I'm not sure how he accomplishes this just with his voice, but it's what made me listen to the entire book and sort of enjoy it. I would happily listen to other books narrated by Petkoff.

It was an interesting story about 11 people who were in a plane crash. Only two people survived. What exactly happened and why is the quest of everyone in the story

Had I been reading this book, I would have bogged down in the possible-money-laundering focus (a theme along with mafia stuff that I hate to read about). Also I may have bogged down in the relationships-as-described-by-male-authors thing that I find just a tad offensive. It's not every male author, of course, but too often they are still unconsciously stuck in the "males run the world" mindset. It gives them a perspective that just doesn't sit right... and a perspective that most female authors would never take.

Another thing: why (in this book) is a person's race only mentioned when they are African-American? Why is it mentioned at all? It was never necessary. Is white the "standard" and anything other than that has to be called out? Were there no Asian people? American Indian? A gifted author will make the race known by other means, when it is necessary, or will not mention it at all when it is not.

So, thanks to Petkoff I liked this book for the most part, but if it were just dependent on Hawley's writing, I would not have finished reading it. 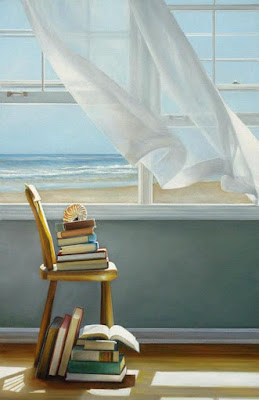