At my guild this week five of us were asked to show five quilts.. a beginning one, if you want, and four more. I had done a longer version of this a couple weeks ago at my small group meeting, so it was a repeat for those folks.

Here I am showing some quilts: 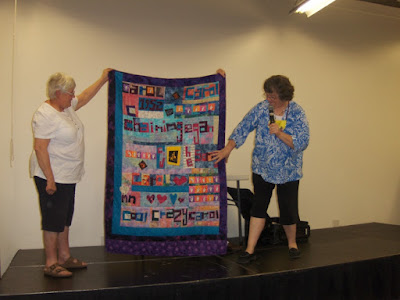 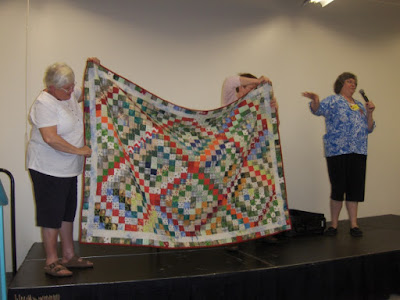 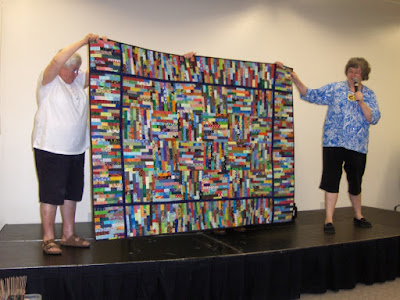 Another of the Five Showing Five, Sue, talked about how she was recruited to the guild by me, while attending a retreat in California! I was completely confused. Then she said my sister's name. Oh, that's right!! I had sent my sister a quilt picture while she happened to be at a retreat (non-quilty) in California. Her friend, Sue, who lives in Minnesota but was also at the retreat in California, got excited about the pictures and through that communication I gave her the information about the guild. Too funny.. I was so confused at first, that I had recruited her from California. Isn't it a funny, small world? Anyway, here she is with some of her work: 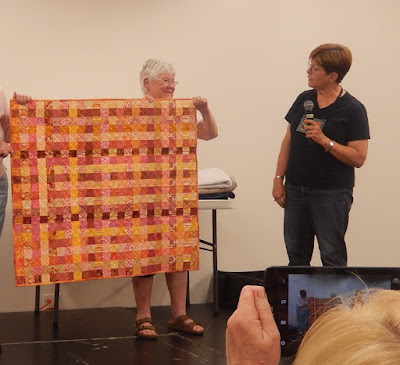 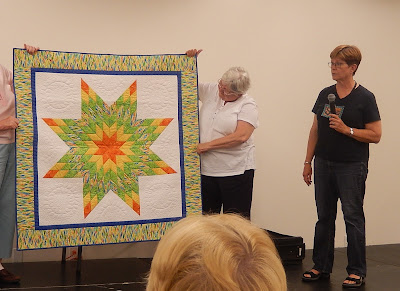 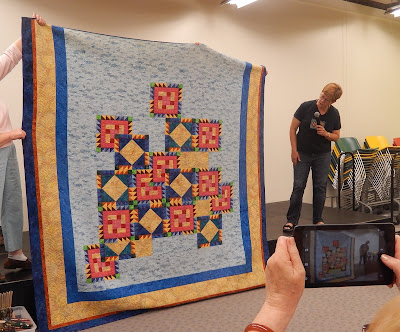 Continuing on the theme of recruiting friends, at this meeting we had two visitors.. people I had known on-line. They lived in California. Little did I know that one day they would move to Minnesota and come join my guild. So I got kudos for being a good recruiter! LOL. It's that small world thing again.

We were happy to come. We are both joining