Miss Peregrine's Home for Peculiar Children by Ransom Riggs. This book was interesting in the beginning. A grandpa and grandson have a special connection. Grandpa tells the grandson a lot of stories that are hard to understand, but grandpa apparently has an intriguing past, including being sent to Wales during WWII to keep him safe from the Nazis. Grandson wants to figure out just what all those stories mean. A great start to a book!

Then the Big Disappointment hits. It gets weird. Time travel, kids with magical powers such as levitating, starting fires in the palm of one's hand, and being invisible.

*Heavy sigh* I wanted the real-ness of the beginning part to be what the book was like! I finished it because I wanted to finish it, not because I enjoyed this fantasy story. I am not a fantasy reader. It had such potential... then became a BIG DISAPPOINTMENT. 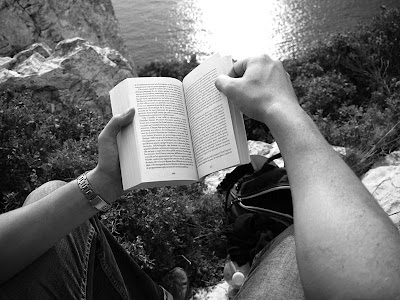 I had a pretty similar reaction to this book. The interest just kind of fell off for me.