Go, Went, Gone by Jenny Erpenbeck and translated from German by Susan Bernofsky

This is a book about refugees. The people are escaping various wars, desperately seeking a new home where they can be safe and productive citizens. Their travels to get to Europe are fraught with hazards and death. Once they arrive, they still have to make their way to a new place, as their country of arrival does not want them to stay.

All the refugees in this story end up in Berlin. Most of them are from Africa. The main character, Richard, is a citizen of Berlin who takes an interest in them. At first I was a little annoyed with his naiveté. He begins to visit the refugees and ask a lot of questions, which I thought bordered on rude - things he should have known would be their experiences. As time goes on, however, he and the refugees develop friendships. He learns their stories and understands their plight, being stuck in a place that doesn't want them and whose laws make it almost impossible for them to do what they want most: to work and to live a productive life.

I learned to love Richard and his support of his new friends, loved his new friends and their many gifts. The book was very touching and timely. By the end, I absolutely loved the characters and this book. I give it an enthusiastic 5 of 5 stars. 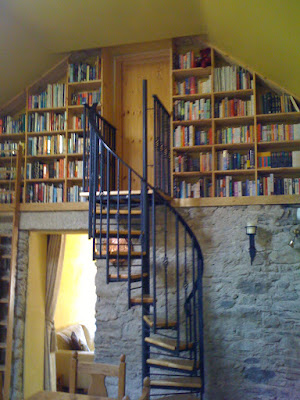