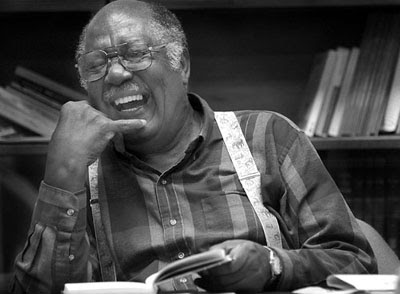 
A Gathering of Old Men by Ernest Gaines is an excellent book. It takes place in Louisiana. I am not going to tell you the year in which it occurred. I had my guess, but the decade was only fully revealed in the last third of the book. It may surprise you, as it did me.

A Cajun man is shot and killed in the front yard of a black person's home. The white sheriff needs to determine who killed the guy.. but all the Old Men in the area gather around, and each claims to have done it. There is also a feisty, young, white woman who claims she did it. The sheriff believes he knows who did it but must sift through all the stories before he can act.

Gradually the reader learns more about the past hurts and cruelties suffered by the Old Men and also learns about the views of the family of the deceased. Both groups are changing as laws and mores of the society change. Change, as we all know, often comes with resistance and angst. Sometimes it happens within a person and surprises the person with new-found strength. It also challenges long-held beliefs that a person may have thought were good and well-intentioned but are revealed to be oppressive. Well-intentioned people: take note.

A Gathering of Old Men subtly and beautifully reveals many community and individual dynamics and gives the reader much to ponder. This is a great read; I give it 5 out of 5 stars.
Posted by Carol E. at 6:30 AM

I have put this in my winter read list. As always Carol, you do post interesting reviews. there should be many more comments, but mine counts as I am a reader!

Nanci, that is OK.. people come and read but don't leave comments. I'm OK with it. I am always happy when someone decides to read a book I have reviewed.

Adding to my list!
Thanks for the review.
I've recently rediscovered books on tape from the library. It has sped up my reading by allowing me to read while I sew and quilt. My list is so long....

Ordering it for me E-reader. It is not available yet so won't be able to share for awhile.

Thanks for the heads up!