Book #1: A Gentleman in Moscow by Amor Towles

An aristocrat in Moscow, the main character is sentenced to house arrest in a hotel when the Revolution takes place and his old lifestyle is no longer acceptable. He already lives in the hotel, but his fancy suite is taken from him, and he is moved to a small room in the attic. The book is the story of his life for the next 30-some years as he lives through many societal changes in Russia. The revolution has ended, but there is still a lot of turmoil as society figures itself out. And the world encroaches, as well, with a world war and other impactful events.

The book is very pleasant, despite the outside turmoil. The main character adapts well to his new life and sweetly observes the hotel life around him. The language is beautiful and is told as the Count himself, an educated man and man of etiquette, would write it.

The ending surprised me!
4 of 5 stars

Book #2: Before We Were Yours by Lisa Wingate

This is a story about children awaiting adoption in an orphanage in Tennessee in the late 30s, early 40s. There is much more than just waiting in the story of the children and how they ended up in the orphanage. How they got there was appalling and traumatic. The story is fiction, based on the history of the Tennessee Children's Home Society which really existed and really perpetrated atrocities on families.

This could have been a great book, but I felt that the families as portrayed fit too much into certain boxes; personalities too pat and too predictable. Otherwise it is interesting due to being based on a real place and true events.
3 of 5 stars

This book is phenomenal. The writing is exquisite.. the author says so much in as few words as possible. It often just floored me, and I would stop reading and stare into space, being profoundly awed.

It's the story of two young people who live in a city which eventually is overtaken by war, and they decide they must escape. It's a very timely story. War gradually yet catastrophically destroys their city and their homes until it becomes obvious they must leave. Then they arrive in new places and face many insurmountable hurdles there as well. In addition to surviving, they are building a relationship. They are safe (to a degree), yet.. fleeing is an imperfect solution.

Fabulous book which you can read in a day. I highly recommend it.
5 of 5 stars 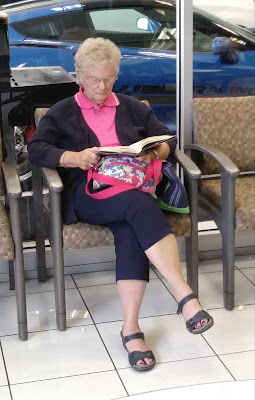