I have had so many thoughts swirling through my head since the election on Tuesday. I feel speechless, yet I want to say something. Exactly what? That is the question.

I have heard interviews with Trump supporters. They sound so angry. They are feeling put down, angry, and brushed aside. I think that's why they voted for Trump. The irony is, they voted for the person who doesn't care about people like them. That's how I see it... why else would he refuse to pay his contractors on his many fancy buildings? The designers, the glass installers, the this and that small contractor who either went broke while trying to collect their due payment from Trump, or had to just give up and let him cheat them. Those people are YOU, Trump supporters.

I really feel like we want and need the same things. We just... I don't know ... we look at the problems from opposite directions. I heard a woman being interviewed about why she voted for Trump, and she was so angry about her health care premiums going up and up. I agree with her - her premiums are outrageous! While mine are, lucky for me, very affordable. This is totally not fair. But she, in her anger, thinks the problem stems from Obama and the Affordable Care Act. I, in my discomfort with the inequities of our health care system, see a bigger picture. Our health care system has been broken for decades.. it was all based on big corporate greed (insurance companies, pharmaceuticals, etc). A major fix was desperately needed, and Obama came in with a suggestion.. a first step. It fixed some of the problems, but not all. The solution, in my opinion, is not in dumping Obama's entire plan, but in furthering the fixes and working harder to make it fair for all, and making sure it is not predicated on big corporate profits, which will always lead to inequities and unfairness.

Another huge problem is all the reports I'm hearing and reading about people being harassed in the wake of Trump's election. Is this really the kind of America Trump supporters want?? A white man on a bus, trying to look down the shirt of a woman sitting next to him, and telling her "when Trump is president we'll get rid of all you beaners." A deaf woman using face-time on her computer in a restaurant, and a white guy yells at her, calling her a "retard" and to leave the country. On election night, a gay man beaten and bloodied by Trump supporters. A woman wearing a scarf being told "your time is up, girlie." WHAT???? REALLY????

I can hardly believe it. I see all of this as a backlash to white men losing their power and feeling afraid of the changing demographics in America. Why? What is so frightening about a diverse population? RELAX, fearful white men, and learn to get along and even love the very diversity you fear!

There is so much work to be done. How will we ever manage to achieve the freedoms and peace we hold dear? 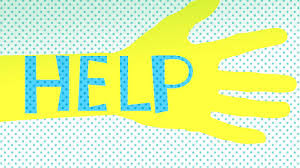 I have hope. Of course I did not vote for Trump. But the Republican leadership is already arguing with him on policy. There is a crack! And we must be strong so we do not move backwards. The last 8+ years were built on love winning. We need to fight to continue that! If I've learned anything since Tuesday night, it's that my resolve to do so has never been stronger. I will not put up with hate and intolerance. It's the only way to continue to move forward. We are out here. We are still strong. We will continue this fight.

I am afraid!!!! I will continue to do all I can to "keep the faith"...but there is geniune uncertainty.. I agree with you in that some citizens did not look at the big picture! In addition, not everyone voted! People before us died so I could vote---as a minority and a woman. I cannot do them the ultimate disrespect by not voting. I don't know what the future is but I believe in God and so know that nothing happens by accident. Maybe when people see that you cannot hate others without being affected yourself. We do not live in a bubble and whether we like it or not, what happens to others, affects us as well!!! No one is a "them" or "those people"...it is "us"! I also believe that when people show you who they are, you should believe them ! I believe President-elect Trump and those who are in his inner circle!

up here north of the border we're thinking of you and wondering how it turned out this way. Take care of yourself.

Living in Australia we have been watching your election wondering where it is all heading. The plight of the poor and disadvantaged is so great, it is going to be a long road for them. I am hoping that the new leadership will be able to bring peace to your land.

Thanks for your comments... I responded to those to whom I could respond. One of you was a no-reply email. Thank you for caring about us, Canada and Australia. We're all in this together. I'm hopeful that the positive vibes can win out, but it's going to be a tough road, there's no question about that. I apologize ahead of time for the faux pas I know our New Guy is going to blurt out when he visits with other world leaders. He lacks finesse; has not a drop of charm in his blood. Lord help us.