Here are more quilts we enjoyed, and other things we did while in the Houston area: 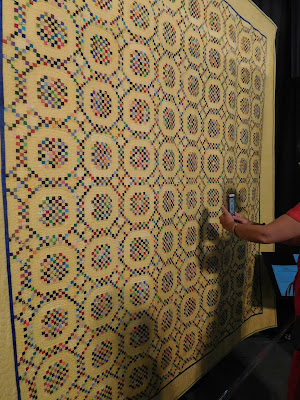 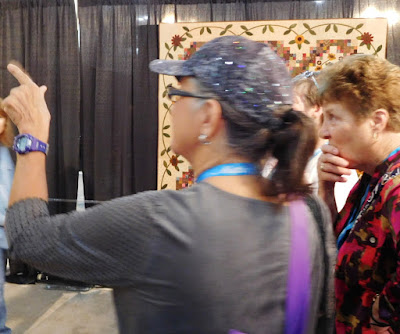 Etoile by Serena Vrnak, quilted by Patricia Harrison - of Texas. The woman above, on the left, is the maker of the quilt, describing her work on it to the woman on the right.

a general look at the venue, a very small slice of the huge place that was full of quilts and people 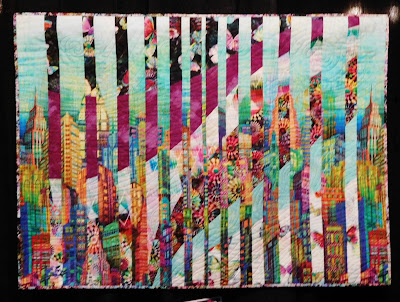 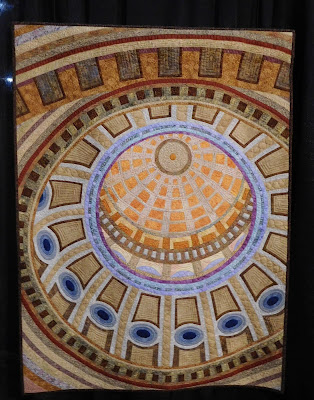 Inside the Capitol Dome by Cheryl FitzGerald of New Mexico
You may have seen this one in a magazine. It was part of the "Textile Architecture" exhibit, as was the one above (City at the Bottom of the Sky). That exhibit was a nice one with many very creative quilts. 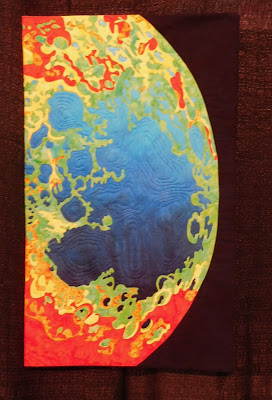 Pseudo Lunar Topography by Meggan Czapiga of Maryland
This was another cool exhibit - of moon quilts. 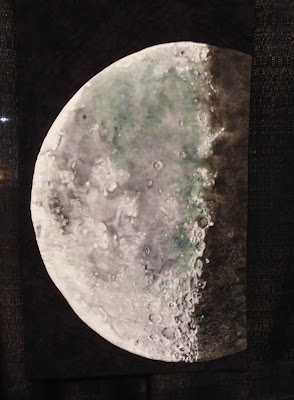 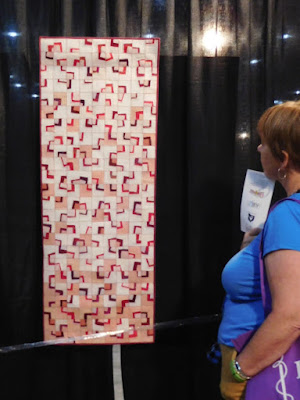 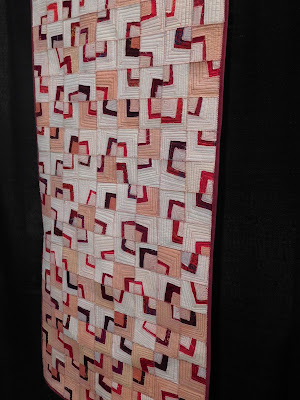 Thread Challenge: In the Season of Flowers by Misik Kim of South Korea 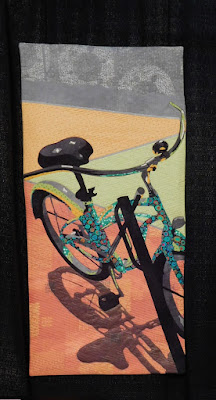 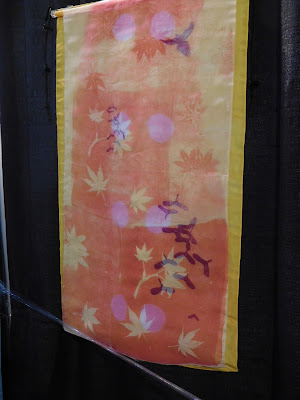 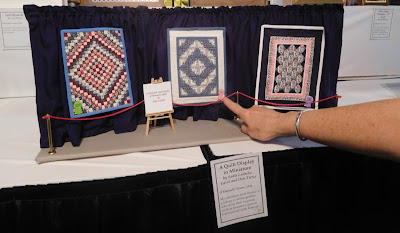 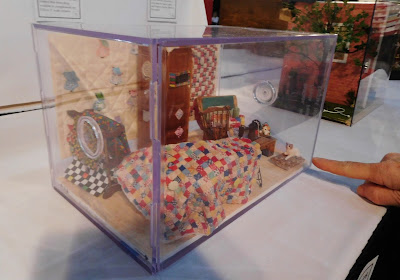 a display of miniatures.. the finger is there to show scale

One of our friends had done research into the top twenty restaurants in Houston. She had a list, and each time we were on the hunt for eats, we checked her list and tried to find one that was relatively close to us. One night we tried hard to find a particular one, but couldn't get it show up on GPS. Finally we were attempting to find another one and seemed a little lost, when all of a sudden we looked to the left, and there was the first restaurant that we had not found in GPS! Turns out it had been spelled wrong in the GPS attempt. It looks quite humble but is in fact very delicious. Luckily for us, their largest crowds appear at lunch time, and we were there for dinner. We had the place almost to ourselves, so the staff gave us a tour of the barbecue pit. This is the oldest pit in Houston, built in 1935. They've got it down to a science now, cooking their meat on a wood fire, starting first near the fire and then moving it further away as it cooks. Food was delicious, and the special treatment we received made it even more fun. Pecan pie for dessert - my favorite! 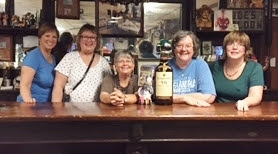 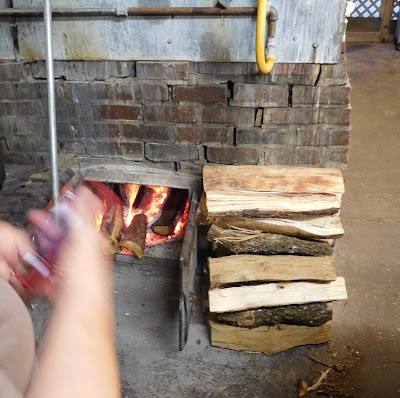 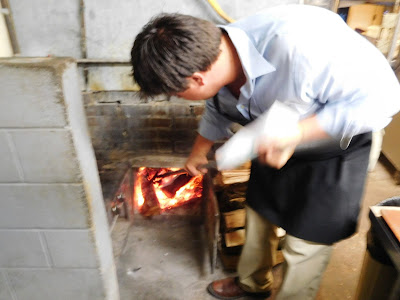 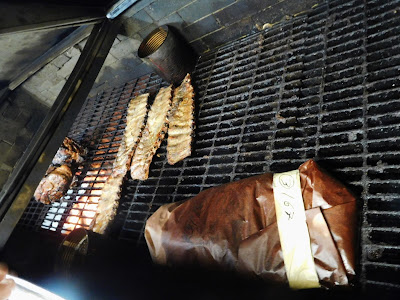 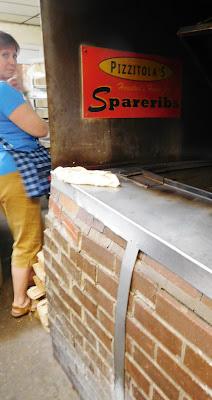 You can see that it's old the way the bricks are bulging out. 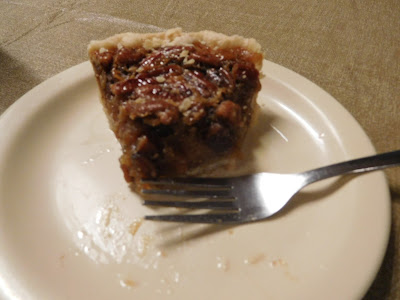 Seriously, this was the best pecan pie I've ever eaten in a commercial establishment. My mom was known for her fabulous (perfect) pies; pecan was her specialty. So for me to say this was good is high praise indeed. 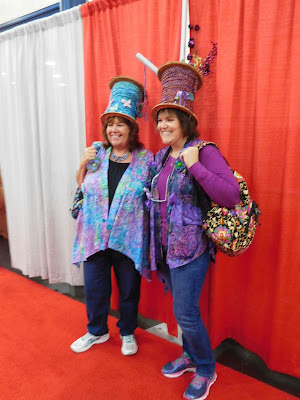 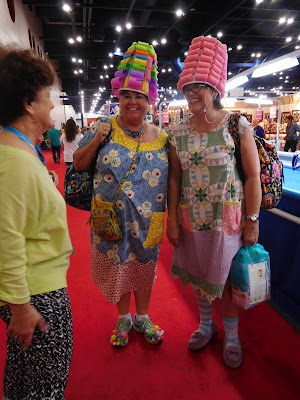 People dressed up in special outfits for the quilt show.
Posted by Carol E. at 9:36 PM

Thanks for sharing your Houston adventure. FYI, Maggie Winfield--the woman in your last photo--pretty much dresses up like that 365 days a year :-)