In Response to a Facebook Question: By Whose Standard? 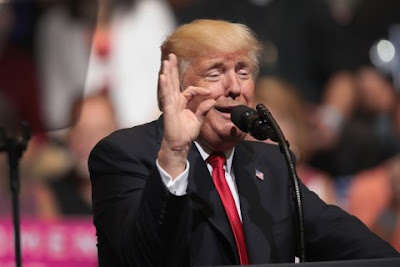 Written in response to my Facebook post which said “Our current president is not normal.” A friend asked me, “by whose standard?”

You ask “by whose standard” do I consider our president to be not normal. My answer is as follows:

I have known you over many years, sometimes while you were in the role of quilt guild president. You have interpersonal experience and know how to lead a group. I contend that it is by your own standard that one could consider our president to be not normal. Consider these examples:

1) While attempting to publicly honor someone for their past great deeds, Trump threw out a racial slur and indicated his complete lack of knowledge of who he was honoring and what they accomplished.
As guild president you never publicly disrespected our guests or uttered racial slurs. You prepared yourself and knew why our guests were at the guild meeting.

2) While speaking publicly, did you ever mimic and ridicule a person with a disability? I never saw you do this in public. Trump, while running for president, did it.

3) I know your Christian values are very important to you. I know you probably attempt to instill these values in your children and grandchildren. I am sure you aim to socialize them to live those values, such as being kind and giving a helping hand when they can. I have seen you yourself do this in your generosity with your quilts and quilting services and in your friendliness with people.

It is not an attribute I have ever observed in our current president. He mocks people, he takes advantage of people whom he considers to be beneath him, for example refusing to pay blue collar workers on his job sites. He behaves in immoral ways and brags about it. He has five children from three different women and has cheated on all his wives and then bragged about it. He assaults women and brags about it, but later, when it’s no longer convenient to brag, he pretends he didn’t do it at all. Even in his supposed philanthropy, he brags about the millions he donates to good causes, but it is always shrouded in mystery and questions about whether it really happened. He loves to be praised for everything he does, so my guess is that the “millions” he donated is all hot air. All of these behaviors strike me as being brazenly un-Christian, far below your own standards.

4) As leader of this country, Trump has put his efforts into undoing major legislation that protects the citizens who put him in office (health care laws, environmental protection laws, consumer protection, undermining the judicial system, etc.). Did you ever do this as quilt guild president? Attempt to undo everything that was done over the past years and stick-it-to the members, making their lives unpleasant? No, it was not up to your standards to do so.

5) Trump is only concerned about himself and needs constant attention. His perennial need for accolades is immature and maddening. As a member and/or as president of the quilt guild, was your main goal to see how many of the members would give you a standing ovation every time you spoke or proposed an idea? No, that was not up to your standards.

I expect much, much more from a president of the U.S. who represents us all. His job is to represent us internationally (which he has failed at completely, making us the laughing stock of the world). His job is also to help run this country in a way that ensures we can all enjoy the “pursuit of happiness.” So far, I have not seen an increase but only a decrease in our happiness, cohesion, and trust in the future. This is all Trump’s doing and for a president is not normal.

Using the above examples, I contend that according to your own standards, Trump is not anywhere near normal. Instead he is divisive and dangerous. His actions are decidedly un-presidential which is why I say “not normal.” He doesn’t seem to understand what job he currently holds nor what it requires of him. I would never vote for him for president of a local quilt guild or for anything else. We need a return to normal. 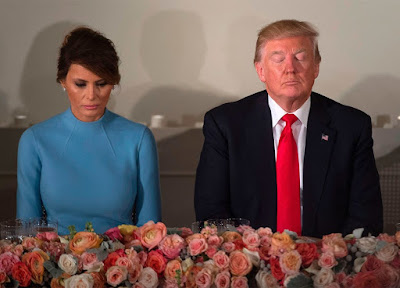 Well said. I know many excellent people who inexplicably still support Trump, despite the evidence that he is actively working against their best interests. Part of it is sheer ignorance ("I would never use Obamacare; I prefer the ACA."), part of it is racism, sexism, homophobia, etc. Basically, Trump is mad at the same people they are, and that's good enough for them.

Anyone who believes in thoughts and prayers should be sending them to Bob Mueller.

Thank you for putting some substance to the "not normal" generalization. It is good to get beyond the intuitive level that I have easily recognized.

Very well said Carol, thank you for posting your comments.

Thank you for so clearly articulating views I and many others share!

Thanks for the comments, everyone. These are troubling times. It's nice to find cohorts who agree.

Excellently said! It's good to hear someone voice a good example of what "not normal" actually entails. Troubling (and sad) times, indeed.